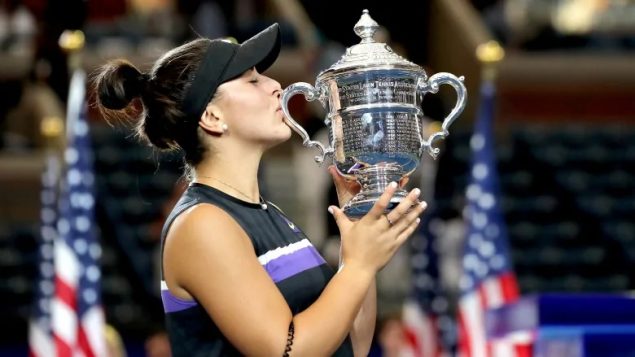 Bianca Andreescu, seen last Saturday in New York living the moment she dreamed off all her life, now faces new challenges and realities on and off the court. (Elsa/Getty Images)

So what now for Bianca Andreescu, the force of nature who over the weekend defeated Serena Williams, the woman most believe to be the greatest female player tennis player of all time, to win the U.S. Open in New York?

She’s made it in to Manhattan from an outer borough and is cutting a pretty spiffy rug.

If you’re a television watcher, you might have seen her on The Tonight Show with Jimmy Fallon, where she jokingly called out Drake, whose presence may begin to shrink just a tad in the reality show known to some as “The Amazing Race: The Public Life of Canadian Super Stars.”

Whoa, hold on a sec: isn’t that Bianca on The View?

We are told she is coming back to Canada soon.

When exactly that might be remains a matter of conjecture.

On her return she will be feted in her hometown of Mississauga, Ont. before heading back to the friendly confines of Tennis Canada’s Montreal facilities, where she met her coach, Sylvain Bruneau, who is as new to all this celebrity as Bianca.

Bruneau will no doubt remind her that a very lucrative part of the ATP tour is coming up in Asia.

The prize money will be plentiful, but so will the intensity of players gunning for her.

If she is to carry all this forward, best she be in top mental and physical shape.

We’ll see if she is.

We do know that Andreescu’s victory on Saturday has the potential to change a lot of things. 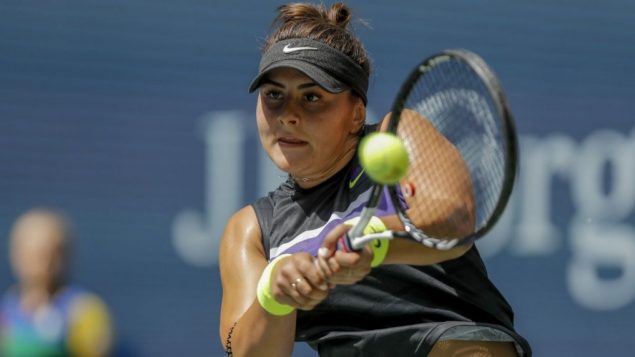 Andreescu returns a shot to Caroline Wozniacki, of Denmark, during round three of the US Open. Can she keep the momentum when the top WTA players head to Asia? We will find out soon.l (Eduardo Munoz Alvarez/Associated Press)

Only Bianca knows for sure.

(Imagine, dear reader, that you are 19 again and just pocketed $5 million Cdn for two weeks work. Get my drift?

Can’t relate? Think of what happened after you got your first driver’s license and multiply that by a few hundred thousand. Just saying.)

But there will be more new than that.

For a take on just what that that new new might consist of and how Andreescu, her family and her team will handle it, I spoke with Stephanie Myles, editor-in-chief of Tennis.life, who has been watching Bianca’s magical summer up close.

I spoke with Myles by phone Tuesday at her home in Montreal.