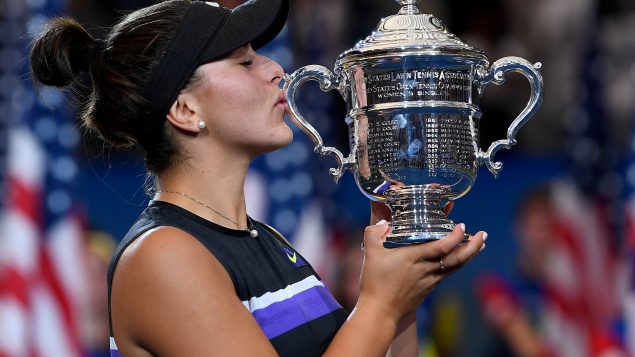 Mississauga to host ‘She The North Rally’ for Bianca Andreescu Sunday

Bianca Andreescu’s hometown of Mississauga, Ontario, is going all out to celebrate her historic win at the U.S. Open tennis tournament.

Andreescu, 19, will be given keys to the city – only the second time Mississauga has bestowed the honour on one of its citizens – and officials will also unveil an “Andreescu Way” street sign (although the street itself has yet to be selected).

Andreescu was born in Mississauga, a suburb of Toronto, in a family of Romanian immigrants. Her parents, Maria and Nicu, moved to Canada in mid-1990s and first settled in Mississauga and then in Vaughan, Ontario.

Andreescu was partly raised and began playing tennis in Romania after her parents briefly returned there.

Upon her return to Canada, she pursued her love of tennis more seriously, training at the Ontario Racquet Club in Mississauga.

She’s had a meteoric rise over the last year, culminating in her win against Serena Williams this past Saturday.

Andreescu is now the first Canadian to win a Grand Slam singles title.

On Sunday, her fans are invited to Celebration Square in Mississauga for a public rally at 4:30 p.m., according to a press release by city officials.

DJ Andre 905 and Tej Hunjan World Percussionist Live will entertain the crowd, while Selena Singh and Mariah Sousa-Sampson will host the ceremony.

Mississauga Mayor Bonnie Crombie will then present the keys to the city and the “Andreescu Way” sign to the teenage tennis superstar.

It might not be the only chance for GTA fans to show Andreescu some love.

Toronto Mayor John Tory has said that she can have a parade in Toronto if she wants, an idea Andreescu said she liked.