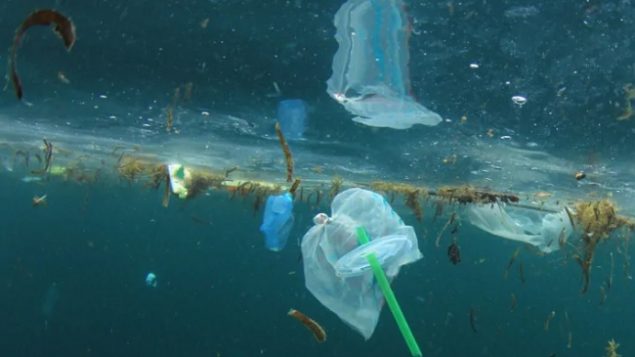 Plastics in the ocean are becoming an increasing concern around the globe. The new “Plastic in a Bottle” project from the Arctic Council’s PAME working group seeks to raise awareness about how the issue affects the Arctic. (Rich Carey/Shutterstock)

The Arctic council working group focused on the polar marine environment is taking a novel approach raising awareness around marine litter – releasing GPS-bugged capsules into the water to simulate plastic bottles that can then be tracked live on the group’s website.

The Arctic Council’s Protection of the Arctic Marine Environment (PAME) working group kicked off the project ⁠— called  “Plastic in a Bottle” ⁠— from Iceland on September 12.

The first capsule was launched by Iceland’s Minister for the Environment and Natural Resources Gudmundur Ingi Gudbrandsson from the Icelandic Coast Guard vessel Thor just off the Reykjanes Peninsula in southwest Iceland.

“Plastics in the oceans is a growing problem,” said Gudbrandsson in a news release on Friday.

“Therefore, it is essential to enhance knowledge on how marine litter travels around the oceans worldwide. The Plastic in a bottle project will give us an important insight in that regard as well as increasing our awareness about plastics in the oceans.”

PAME’s Executive Secretary Soffía Guðmundsdóttir says while there’s accumulating understanding around how currents, streams, waves and winds can transport litter across oceans, knowledge is still limited when it comes to how plastics travel in and out of Arctic waters.

“Our aim is to show how expansively marine litter and plastics can travel and to gain a better understanding of how plastics that originate from far away end up on shores in the Arctic,” she said.

In the coming months, PAME will be releasing other capsules from different areas of the Arctic. 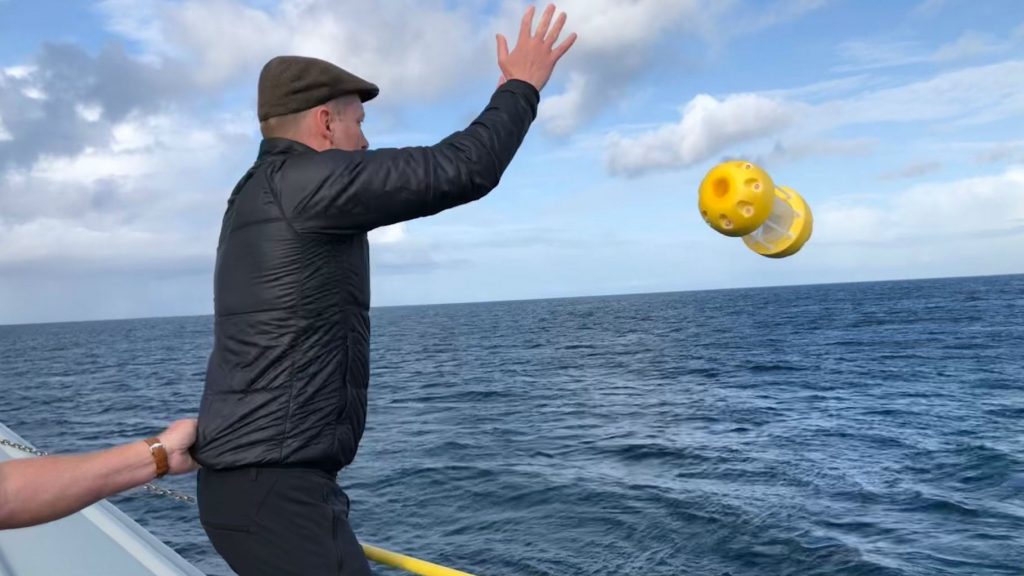 Iceland’s Minister for the Environment and Natural Resources, Gudmundur Ingi Gudbrandsson, launching a “plastic bottle in a capsule” into the Atlantic on September 12. (Icelandic Coast Guard)

The capsules’ journey’s can then be traced on an interactive map on the PAME website.

Messages have been placed inside the bottles with instructions that will tell the finder what to do with it.

PAME hopes the “Plastic in a Bottle” project will also help raise awareness about marine pollution.

The Arctic Council is an international forum made up of the world’s eight circumpolar nations, which includes Canada, and six Arctic Indigenous groups. Iceland currently hold’s the forum’s rotating two-year chairmanship.

PAME is one of six working groups in the Arctic Council. The working groups are made up of international experts on a particular subject and conduct the main work of the forum.  The other five groups focus on emergency preparedness, flora and fauna, monitoring and assessment, contaminants and sustainable development.

Iceland outlined four priorities during their chairmanship: the Arctic marine environment, climate and green energy solutions, people and communities of the Arctic and strengthening the Arctic Council.

“Reducing marine litter, in particular plastics, is one of my priorities as a Minister and we have already initiated many actions and are planning even more to that regard,” said Gudbrandsson. “Iceland has also focused on the topic internationally, including within the Arctic Council and our Chairmanship. I believe that is very important.”

Iceland chairs the Arctic Council until 2021.

Canada: Ottawa and Inuit in Atlantic Canada to launch study on protected marine area, Eye on the Arctic