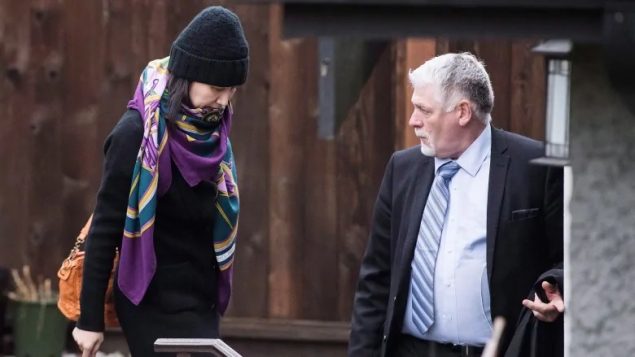 Huawei chief financial officer Meng Wanzhou leaves her home with a security guard in Vancouver the day after she was released on $10 million bail. (Jonathan Hayward/Canadian Press)

It’s a case which has put Canada in the middle between the world’s superpowers, and two of biggest trading partners. The case goes back into court in Vancouver Canada, today.

A dispute between the U.S, and China’s tech giant Huawei resulted in the arrest at Vancouver airport of Huawei chief financial officer, Meng Wanzhou, on a U.S extradition request.  The U.S is seeking her extradition on conspiracy, fraud, and obstruction charges related to U.S sanctions against Iran.  Meng has denied the charges. 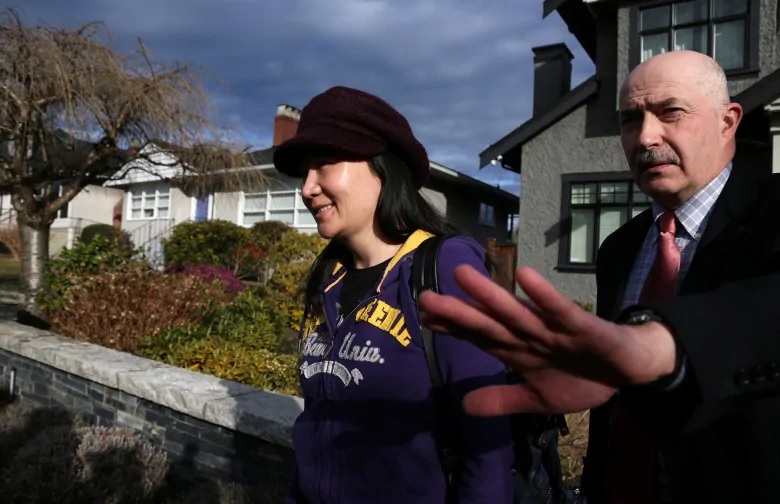 Hauwei CFO, Meng Wanzhou, 47, has been living under a form of house arrest at her two Vancouver mansions after release on a $10 million bail in December. (Ben Nelms-Reuters)

China was infuriated at the arrest and in retaliation subsequently imprisoned two Canadians, and turned another previous arrest into a death penalty. China has also imposed severe trade restrictions on some Canadian agricultural imports.

It’s a bitter diplomatic dispute which continues in the midst of a Canadian election campaign, itself not helped by a former Liberal cabinet minister and ambassador to China who is reported to have asked China to interfere in the election to help the Liberal party.

Wanzhou has been under house arrest at her Vancouver mansions. She and her lawyers will be back in court today for the first in a week of arguments for the disclosure of various, notes, emails, texts, and any other documents related to the airport arrest . They will argue she was unlawfully arrested, and that Canadian officials acted as “agents “ of the American F.B.I.  They are also likely to argue the case is being used by the U.S. as a bargaining chip in the bigger trade dispute between the U.S and China. The lawyers will argue that the Canadian actions constitute an abuse of process and will seek to have the case dismissed.

None of this has been proven in court.

The extradition trial itself will not begin until January 20th, next year.