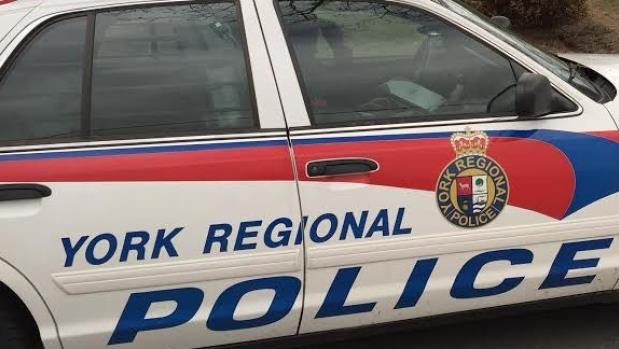 York Regional Police Investigators with the #2 District Criminal Investigations Bureau have charged a 16-year-old student with public mischief following an alleged staged kidnapping in the City of Markham. (CBC)

Chinese student charged for allegedly staging his own kidnapping

Police in the northern Toronto suburb of Markham have charged a 16-year-old international student from China for allegedly staging his own kidnapping last month.

York Regional Police said Tuesday officers were called to a residence on Huntington Park Drive on Sept. 27 shortly after midnight for a report of a kidnapping.

“When officers arrived they were shown a video of the supposed victim, a 16-year-old student who recently arrived in Canada from China,” York Regional Police said in a news release.

“The video, which was sent to his parents in China via a social media application, showed the student bound, gagged and wearing a blindfold.”

The video was sent with a text message demanding the student’s parents pay $1 million for his release, police said.

“Significant frontline police and investigative resources were engaged in this investigation,” police said.

At approximately 1:30 a.m., the student was found in a restaurant in the neighbouring City of Richmond Hill.

“Further investigation revealed that the student had staged the kidnapping in an effort to get attention and cash from his parents,” police said.

The teenager, who cannot be identified under Canada’s youth justices system, was placed under arrest and has since been charged with public mischief, police said.

“Staging an incident that results in the use of police resources when there was no such incident is a criminal offence,” police said.

“It also needlessly ties up valuable police resources that are required to deal with actual emergencies.”