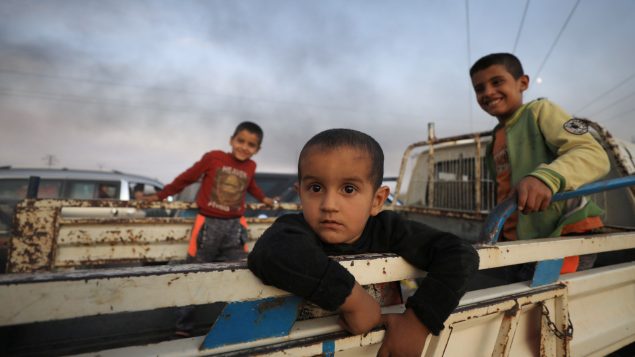 International aid groups and humanitarian agencies are warning of an impending humanitarian catastrophe in northeastern Syria as Turkey continues its cross-border offensive against Kurdish militants who control the area.

Turkey pounded Kurdish militia who had aligned themselves with the U.S. in the fight against ISIS for a second day on Thursday, forcing tens of thousands of people to flee and killing dozens.

Turkey accuses the YPG Kurdish militia, which formed the backbone of the U.S.-supported anti-ISIS coalition in Syria, of being a branch of the terrorist PKK group that has fought for a greater autonomy for Turkey’s Kurds.

The offensive against the Syrian Democratic Forces (SDF) led by the YPG, which began days after President Donald Trump pulled U.S. troops out of the way and following a phone call with Turkish President Tayyip Erdogan, opens one of the biggest new fronts in years in an eight-year-old civil war that has drawn in global powers. 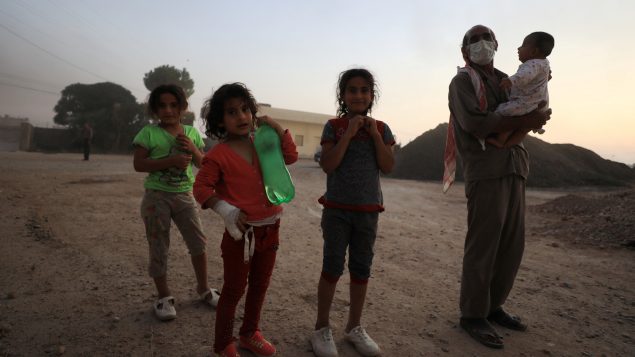 Girls stand together as they look to the camera in Ras al Ain town, Syria Oct. 9, 2019. (Rodi Said/REUTERS)

Children trapped in conflict areas are particularly vulnerable to the rapid escalation of fighting in northeast Syria, warned Thursday the Special Representative of the UN Secretary General for Children and Armed Conflict, Virginia Gamba.

She called for restraint in the conduct of hostilities as children in Syria already live in dire conditions and will be severely impacted as the security and humanitarian situation deteriorate.

“The killing and maiming of children, attacks on schools and hospitals, as well as the recruitment and use of children are among the most severe violations of children’s rights in Syria, and the utmost must be done to prevent them,” Gamba said.

The reports of civilian deaths, including those of two children, and several more injured are devastating, said Save the Children charity in a statement.

“Northeast Syria is home to people who are all too familiar with the horrors of war,” the charity said. “Many have been displaced more than once already. How many times have we seen those scenes of women and children with their belongings bundled on their backs moving in search of safety?”

With winter around the corner, families will face additional challenges as they search for shelter, it added. 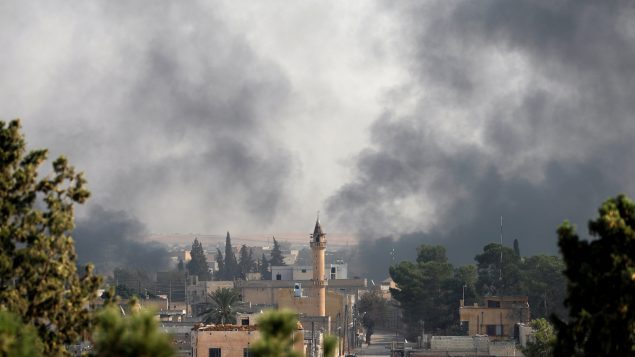 Smoke rises over the Syrian town of Tel Abyad, as seen from the Turkish border town of Akcakale in Sanliurfa province, Turkey, Oct. 10, 2019. (Murad Sezer/REUTERS)

In addition to the Syrian civilians in the northeast, there are thousands of women and children living in camps across the area.

Three of the camps are home to Syrian, Iraqi families and more than 9,000 foreign children with perceived links to ISIS of more than 40 nationalities, including at least 25 “innocent” Canadian children, Save the Children Canada said.

These children now rely exclusively on humanitarian aid to survive, the charity said in a statement.

“So far, camps continue to operate,” the statement said. “But any disruption to aid services is placing the lives of Canadian children and other residents – nearly 90,000 people – across the three camps at risk.”

The charity reiterated its call on Ottawa to ensure the immediate protection of Canadian children and their families in northeast Syria.

“All children are innocent and punishing them where they were born or what circumstance they were born in is not our way,” said Bill Chambers, president and CEO of Save the Children Canada.