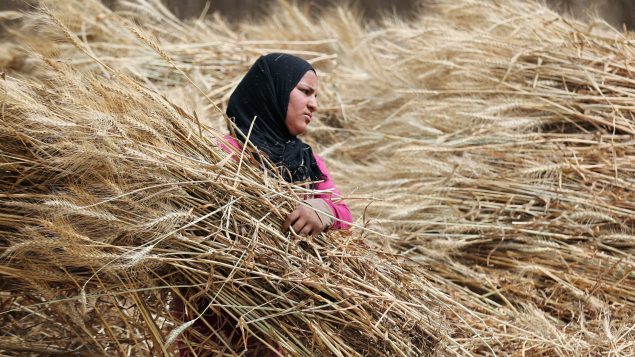 A farmer harvests wheat crop on a field in the El-Menoufia governorate, north of Cairo, Egypt May 1, 2019. Climate change may be making outdoor labour more dangerous, according to a new Canadian study. (Mohamed Abd El Ghany/REUTERS)

Extreme heat caused by rising levels of carbon dioxide (CO2) emissions will lead to big losses in productivity, taking a heavy economic toll on countries that can least afford it, according to a new study by Canadian researchers.

Heat exposure due to climate change will make outdoor labour more arduous and dangerous, especially in such areas as Southeast Asia, north-central Africa and northern South America, according to the study published in Scientific Reports.

It was led by Yann Chavaillaz, a former postdoctoral researcher at Concordia and the Ouranos Institute, and Damon Matthews, professor and Concordia Research Chair in Climate Science and Sustainability in the Department of Geography, Planning and Environment.

Using calculations based on widely used guidelines regarding rest time recommendations per hour of labour and heat exposure, they found that every trillion tonnes of CO2 emitted could cause global GDP losses of about half a per cent.

In fact, we may already be seeing economic losses of as much as two per cent of global GDP as a result of what we have already emitted, they said.

“The thresholds of heat exposure leading to labour productivity loss are likely to be exceeded sooner and more extensively in developing countries in warmer parts of the world,” Matthews said in a statement.

“These countries are also more vulnerable because a higher fraction of their work force is employed in these sectors and because they have less ability to implement infrastructural changes that deal with a changing climate.”

Agriculture, mining and quarrying, manufacturing and construction are the economic sectors most vulnerable to productivity losses due to climate change, the study found.

“We can see that every additional ton of CO2 emission that we produce will have this additional impact, and we can quantify that increase,” Matthews said. “So this study can help us point to specific countries that are experiencing a quantifiable share of the economic damages that result from the emissions we produce.”