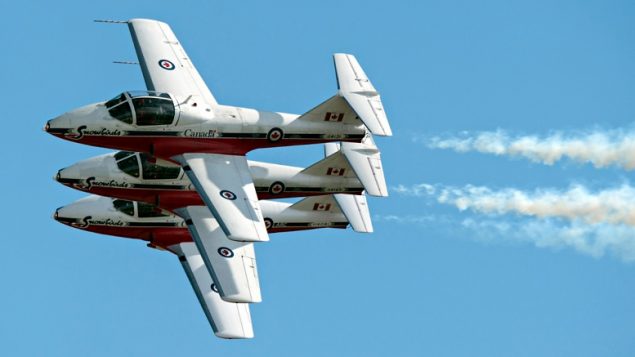 The remaining performances of the Royal Canadian Air Force Snowbirds (shown here in April 2017 over Comox B.C.) have been cancelled for this year. Next year's shows will be slightly different with new restrictions on low level and low speed flight (Sgt Halina Folfas, 19 Wing Imaging Services)

An air show demonstration went rather badly for the Canadian military aerobatics team in Atlanta, Georgia on Sunday.

The pilot had to eject from one of the jets, which later crashed into an uninhabited pasture area. Fortunately there are no reported injuries on the ground and the pilot also was unharmed but was briefly taken to hospital as a precaution. 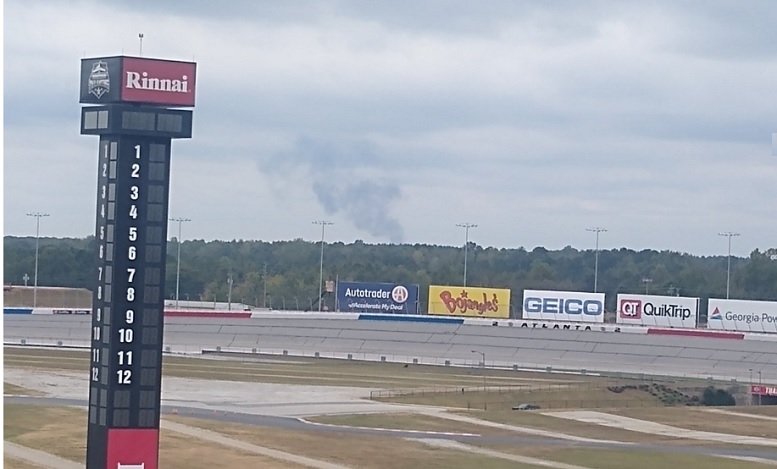 A plume of smoke rises from the site where the jet crashed into a pasture after the pilot bailed out during an airshow this weekend. (twitter April Kisner)

The rest of the airshow was cancelled after the crash. 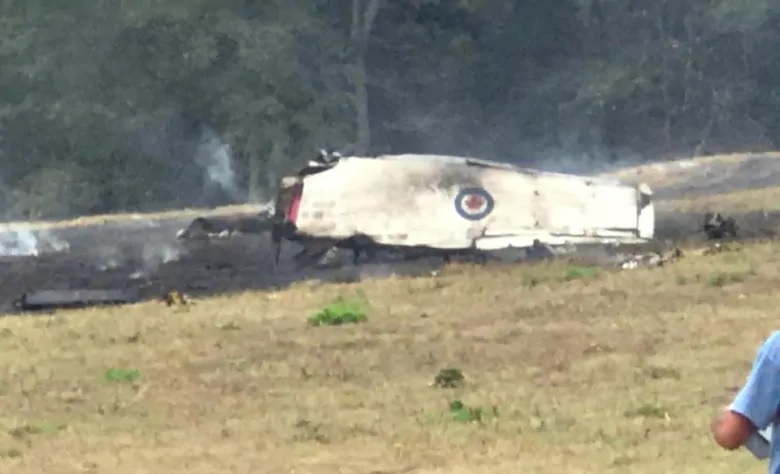 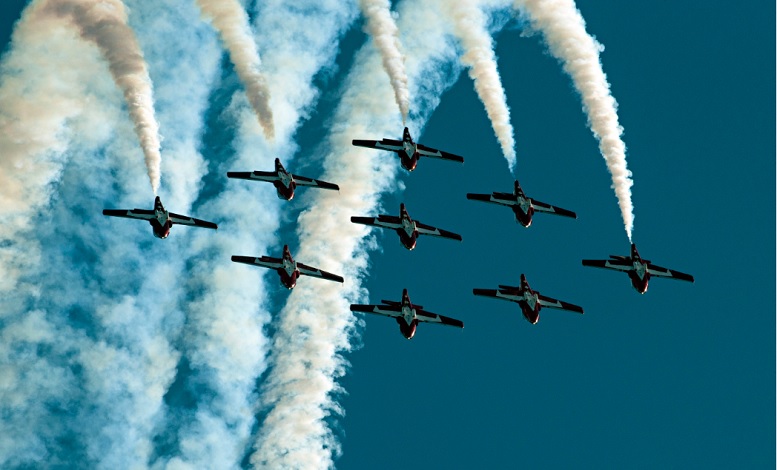 The Snowbirds aerobatic squadron flies the CT-114 Tutor trainer, built in the 1960’s and retired from training by the RCAF in 2000. ( Sgt Halina Folfas, 19 Wing Imaging Services)