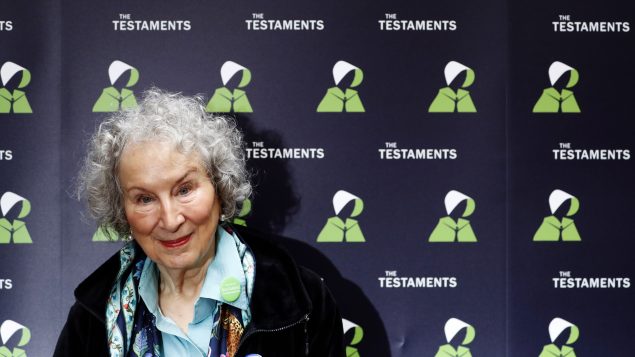 In a Sept. 10, 2019 photo, Margaret Atwood attends a news conference at the British Library to launch her book ‘The Testaments.’ (Alastair Grant/AP Photo/file)

For the second time, Canadian author Margaret Atwood has won the prestigious Booker Prize for Fiction. And, breaking a firm rule, the judges awarded it as well to Bernardine Evaristo, a British writer. The two will split the prize worth about $83,000 CAD. Atwood will donate her portion for scholarships and bursaries for Indigenous students.

Atwood;s novel, The Testaments was a sequel to her book The Handmaid’s Tale which was made into a hit television series. It features a theocratic society where women are obliged to bear children for powerful men. 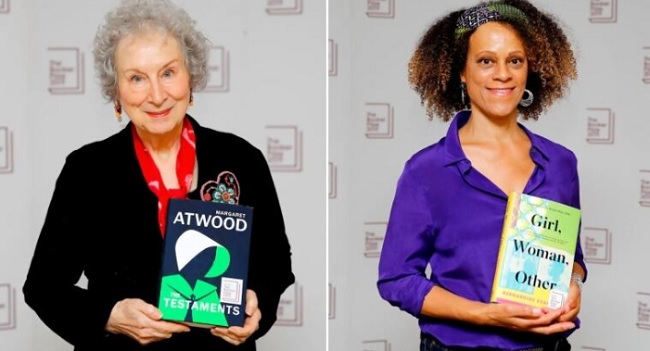 ‘We don’t do famous,’ says Atwood

Atwood noted the Booker prize is important because it opens doors for writers and for readers who may not have heard about the books that place and those that win. She said it expanded readers’ horizons. Atwood added that she “kind of” did not need the attention and she was glad to be sharing the prize with Evaristo: “It would have been quite embarrassing for me, a good Canadian, because we don’t do famous. We think it’s in bad taste. It would have been embarrassing if I had been alone here.”

She is the first black woman to take the prize and Atwood, at 79, is the oldest.