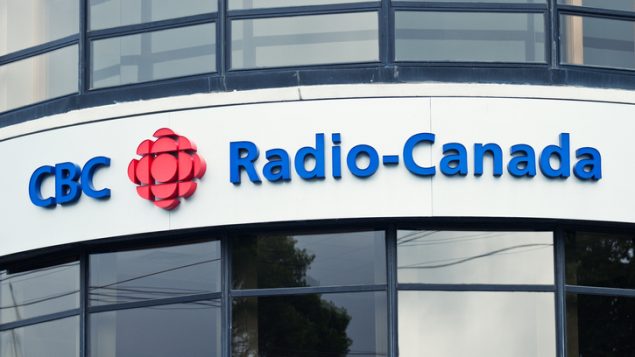 CBC/Radio-Canada president and CEO Catherine Tait says the public broadcaster had no choice but launch legal action against the federal Conservative Party over its use of CBC/Radio-Canada materials in partisan advertising. (iStock)

Journalistic independence is such an important principle that Canada’s public broadcaster had no choice but to launch legal action against the Conservative Party for using excerpts of its on air reports and programs in partisan advertising, says the head of the Canadian Broadcasting Corporation (CBC).

“All public broadcasters depend on public trust,” CBC/Radio-Canada president and CEO Catherine Tait said in a statement released Wednesday. “They can’t exist without it. People must have confidence that the public broadcaster and its journalists are impartial; that they exist to serve the public and not the government or any political party.”

That’s the reason why CBC/Radio-Canada, like other media organizations, does not allow any political party to take excerpts of its journalism and use them out of context, in partisan advertising, Tait said.

“Using our content, and footage of our journalists out of context, risks creating the impression that CBC/Radio-Canada supports the messages in the advertising,” Tait said. “Even worse, it leverages our reputation for trust and impartiality in order to give legitimacy to a partisan position.”

A matter of public trust

Such partisan use of CBC/Radio-Canada materials can undermine the public’s trust and is particularly dangerous in a digital environment where news organizations are increasingly attacked by actors who want to weaken support for credible, trusted news, she added.

“CBC/Radio-Canada does not take sides in election campaigns,” Tait said. “But if we allow our material to be used for partisan purposes, then we risk appearing to have done precisely that.”

She said the public broadcaster made clear to all political parties at the start of the current election campaign that it will not tolerate the use of CBC/Radio-Canada content in partisan ads and it would take action against any party if that happened.

However, on Oct. 4, the Conservative Party published a video on its website, Facebook page and YouTube page. The video contained excerpts from an “At Issue” segment from CBC’s The National; a comment from a CBC journalist on Power and Politics and commentary from The National.

It also contained two excerpts from a CBC Politics broadcast of a town hall event, which were edited to appear as if they were a single segment.

“This was a ‘mashup’ of our journalistic content to serve a partisan purpose,” Tait said, adding that the excerpts were taken out of context.

On Oct. 7 and 8, the Conservative Party published a series of tweets on its English and French Twitter accounts including video excerpts from the English-language Federal Leaders’ Debate, one of them with the CBC News Network logo, and the Party’s own commentary.

The Conservative Party did not comply and it was only after CBC/Radio-Canada threatened to seek a court injunction to stop their continued use, that they removed the ads and tweets on Oct. 10, Tait said.

“This tactic of publishing material without permission, for several days, and then complying with the rules only when faced with Court action, also serves a partisan interest,” she said.

Tait also defended including the names of The National co-host Rosemary Barton and parliamentary bureau reporter John Paul Tasker as applicants in the filing, along with the corporation in the legal action against the Conservative Party.

Critics of that move by the CBC management say it damaged the perception of impartiality of these journalists, especially since Barton was one of the moderators of the English-language leaders’ debate.

“We do not agree, and in the interest of clarity, we are removing their names from the court application,” Tait said. “It is CBC/Radio-Canada that is taking this action in order to protect the independence of our journalists. We have absolute confidence in their ability to report fairly and to hold politicians – all politicians – to account on behalf of Canadians.”

Critics of CBC’s legal action also argue that under the “fair dealing” exemption contained in Canada’s Copyright Act, parties should be able to use journalistic material created by the public broadcaster, which is financed by the taxpayers’ money, for partisan ads.

Tait said the use of CBC/Radio-Canada materials for partisan ads does not fit the definition of “fair dealing” and it meets none of the exemptions permitted under the Act.

“No organization wants to take any political party to court,” she said. “We have made every effort to avoid having to take this action. But the likelihood of a repeat of this tactic even during the current campaign, and the damage it can do to the confidence Canadians have in our journalism, requires that we respond.”