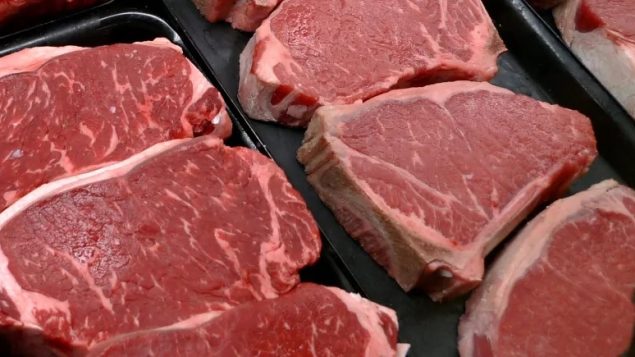 Warnings and recalls of raw beef and veal products continue in Canada and the U.S. (J. Scott Applewhite/The Associated Press)

A large recall of raw beef and veal products continues to expand in Canada and the U.S. as safety watchdogs in both countries have issued warnings linked to a slaughterhouse in Ontario, where conditions and processing have sparked fears of E. coli contamination.

The Canadian Food Inspection Agency said Wednesday it is continuing to investigate the Toronto-based slaughterhouse, Ryding-Regency Meat Packers Ltd., which had its license suspended Sept. 17.

The CFIA warning lists dozens of items sold in restaurants and retail outlets, including Walmart and the gourmet food chain Pusateri’s.

Meanwhile, the U.S. Department of Agriculture issued a public health alert for some raw beef products imported from Canada, linked to the CFIA beef and veal recall.

The products were distributed to institutions in 10 U.S. states, mainly in the Northeast. 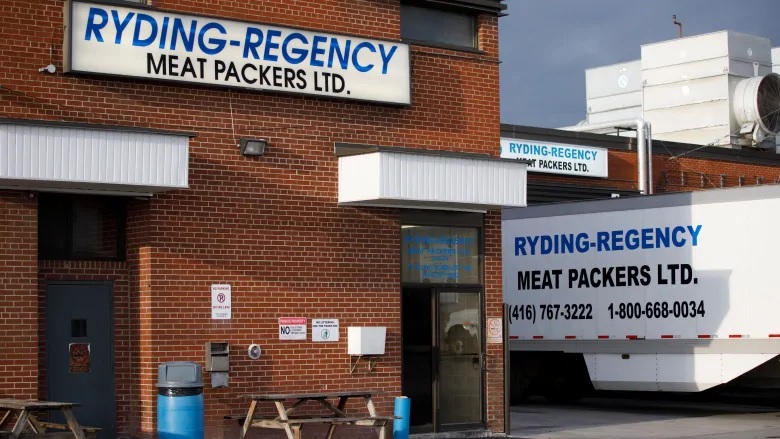 Ryding-Regency Meat Packers Ltd. in Toronto had its licence suspended last month after the Canadian Food Inspection Agency said the facility “failed to implement effective control meaures.” A spokesman for the facility says safety concerns are the result of a “deficiency in paperwork” and not a matter of improper food handling. (Cole Burston/The Canadian Press)

Over the past several weeks, the CFIA has delivered warnings affecting 665 meat products sold on grocery store shelves and well as 625 items sent to hotels, restaurants, manufacturers and retailers.

The products include steaks, roasts, burgers bones and organ meats.

A spokesman for the Toronto slaughterhouse says the safety concerns are the result of a “deficiency in paperwork” and not a matter of improper food handling.

“As CFIA reviewed the paperwork they noticed some gaps in recording of daily procedures and so in an abundance of caution, the company is voluntarily recalling meat products that have been sent out,” said Neil Brodie, vice-president of the Ottawa-based public affairs firm Bluesky Strategy Group.

“It looks like some of the employees were not fully trained on what to do.”

Earlier this month, burgers and ground beef produced by The Beef Boutique were recalled in B.C., Alberta and Ontario, due to possible E. coli contamination.