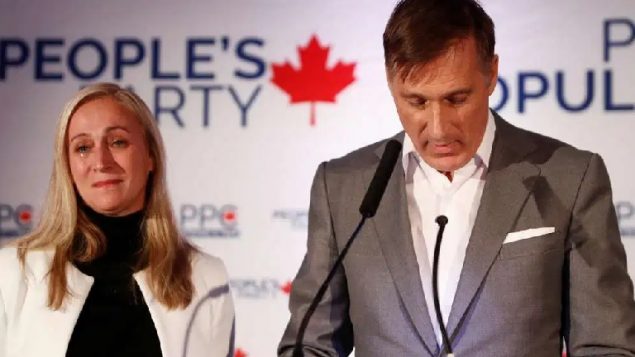 It seems the right-leaning People’s Party of Canada (PPC), one being tagged with the label “populist”, is not all that popular with Canadians. Seemingly hoping to ride a rightist trend elsewhere in the world, it failed to gain a single seat, including that of leader Maxime Bernier.

Bernier had left the Conservative party after losing a leadership bid to Andrew Scheer two years ago, saying the party was not conservative enough.  He then founded the new PPC and moved quickly to sign up candidates for the election on a platform of fighting uncontrolled immigration and the “open border” which has seen thousands of migrants enter the country illegally to claim asylum after a Trudeau tweet in 2017.  The party was also against endless deficit budgets, unfair equalization to the provinces, and fighting high taxes.

In spite of repeated insistence he was not against immigration, he could not shake the party label of being racist and being associated with climate change denial.

Bernier, who had once his seat in Beauce, Quebec, three times as a Conservative before leaving to found his own party in 2017, lost to the Conservative candidate by a wide margin of over 6,000 votes.

In the end the party received less than two per cent of the popular vote.