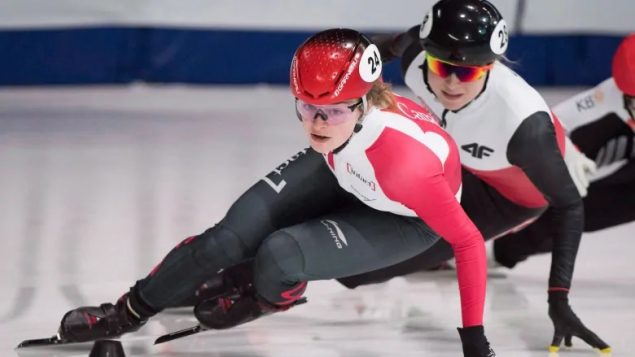 Canada's Kim Boutin (24), seen in this file photo from 2018, won gold in the women’s 1500-metre short track competition in Salt Lake City, Utah on Saturday and followed up with a new world record on Sunday. (Graham Hughes/Canadian Press )

Canadian amateur athletes experienced some very high highs and some very low lows on the weekend.

The low note: Canada’s women’s field hockey team will not be going to next year’s Tokyo Olympics after losing to Ireland 1-0 in a penalty shootout Sunday in the second part of a two-leg qualifier.

Boutin, a three-time Olympic medalist, will very likely be going to the Beijing Winter Games in 2022.

The 24-year-old set the world mark in the quarter-finals, covering the 500 metres in 41.936 seconds, breaking the previous record of 42.335, which was set in Salt Lake City in 2016 by Great Britain’s Elise Christie.

“I’m the first woman to skate the 500 in under 42 seconds and that makes me incredibly happy,” Boutin said, after going on to win gold for the second night in a row.

“After my start, I told myself things were going well, and then I heard the crowd cheering after the first lap and I said ‘this is happening, let’s go.'” 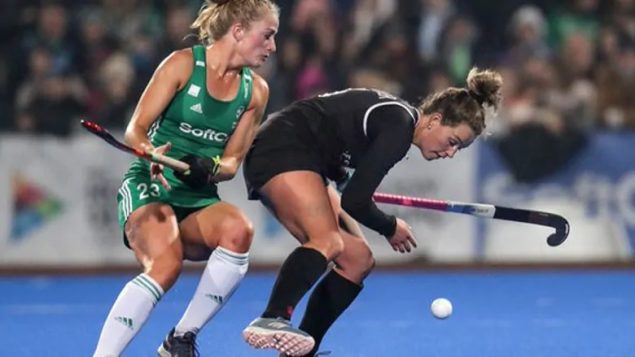 Canada’s women’s field hockey team will not compete at the 2020 Tokyo Olympics after dropping a 1-0 decision to Ireland in sudden-death shots on Sunday to cap a two-legged qualifier at Dublin. (Twitter/Field Hockey Canada)

Meanwhile in Dublin, after both legs of the playoff ended with no goals for either side, Canada took a 3-1 lead in the shootout but couldn’t score the clincher that would have won it, losing 4-3.

The Canadians, who are ranked No. 15 in the world, have not made The Summer Olympics since 1992 when they finished seventh in Barcelona.

Ireland, ranked eighth, will make its first appearance at the Summer Games.

With files from CBC, CP, COC