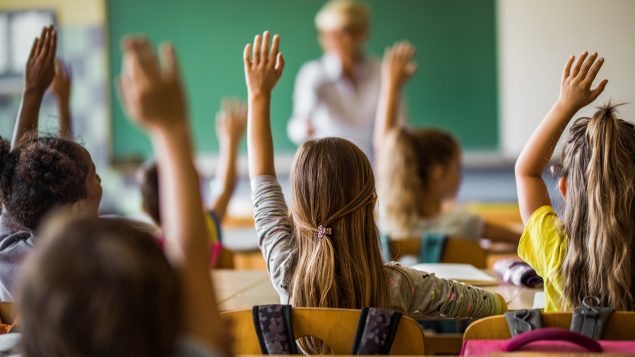 A Canadian family has filed a complaint in the Ontario Human Rights Tribunal against the Ottawa-Carleton District School Board, their daughter’s former teacher and the principal of the school for teaching her there are no such things as girls or boys. (iStock)

A Canadian couple have filed a human rights complaint against an Ontario school board for telling their six-year-old daughter during a lesson on gender identity that “there’s no such thing as boys and girls.”

Pamela and Jason Buffone have filed the complaint on behalf of their daughter against the Ottawa-Carleton District School Board, the child’s former teacher and the principal of her school on grounds of discrimination on the basis of sex, gender and gender identity in contravention of the Human Rights Code.

An amended application filed last week by the Justice Centre for Constitutional Freedoms, which is representing the young girl and her parents, also notes that the child’s rights to security of the person and equality under sections 7 and 15(1) of the Canadian Charter of Rights and Freedoms have also been infringed, said Lisa Bildy, a staff lawyer with the centre.

Pamela Buffone told Radio Canada International she knew something was wrong when her six-year-old daughter (who’s being referred to as “NB” to protect her identity) demanded to know why her teacher was telling the class that “girls are not real and boys are not real.”

It all began in January of 2018, when a new teacher, Janine Blouin, took over their daughter’s class, Buffone said.

“She was very passionate about all kinds of social justice topics, most of which our daughter really enjoyed learning about,” Buffone said.

One day, Blouin showed the class a YouTube video entitled, “He, She, and They?!? – Gender: Queer Kid Stuff #2”.

The video, produced by Queer Kid Stuff, an LGBTQ+ and social justice webseries for children, discussed the concept of gender identity, and asserted that “some people aren’t boys or girls” and that those who do not feel like a “she” or a “he” might not have a gender.

During another lesson, Blouin drew a gender spectrum on the board and asked each student to identify where they fit on the spectrum. NB indicated that she was on the furthest end of the spectrum marked “girl.” Blouin then told the class that “girls are not real, and boys are not real,” the human rights complaint alleges.

This was extremely upsetting and unsettling for their daughter, Buffone said.

“At the age of six she was just figuring out that animals are divided into boys and girls; when she met a new dog on the street, for example, she would ask ‘is it a boy or a girl?’,” Buffone said. “So she was very confused by what her teacher was saying and was struggling to understand what it meant for her as a girl.”

Buffone said following the lessons her daughter stated that she was not sure if she wanted to be a mommy when she grew up, and asked if she could “go to the doctor” to do something about the fact that she is a girl.

Buffone said she asked for a meeting with Blouin to understand what she was teaching and why, and to raise her concern with her about the appropriateness of the lessons given her daughter’s questions and reaction.

The teacher suggested they take it up with the school principal, which they did, Buffone said.

“They were very convinced they were doing the right thing and they did everything they could to try to convince us that they knew what they were doing,” Buffone said. “When we tried to raise our concerns that the lessons weren’t factual or age-appropriate, they just pointed to their policies, the specialist they have on staff, the training that they had had.”

No one seemed interested in understanding why the family was concerned or what the impact of the lessons had been on their daughter or on the other children in the class, Buffone said.

“I was astonished that this was such a one-way conversation and they did everything they could to dismiss our concerns and get us to fall in line with this kind of instruction,” Buffone said. “It’s extremely concerning to me that people in positions of authority who are supposed to be looking out for the welfare of all children have zero interest in understanding the impact of their lessons on very young children.”

Ultimately the family decided to move their daughter to another school, but even after moving to the new school the young girl was upset and unsettled by her experience, Buffone said.

“I was surprised at how much it affected her because she kept raising it to us in different ways even after she started at a new school,” Buffone said. “She was very confused about why her teacher would be saying things like that, but she seems to be doing much better now that she’s out of that environment.”

Discrimination ‘on the basis of sex and gender’

In March of 2019, the family filed a formal application to the Human Rights Tribunal of Ontario (HRTO).

Last week, Bildy filed an amended application claiming that Blouin discriminated against the little girl “on the basis of sex and gender identity by using the authoritative platform of a teacher to publicly deny the existence of the female gender and biological sex, and to undermine the value of being biologically female and identifying as a female.”

“My daughter was discriminated against because of her gender identity and sex as a female,” Buffone said. “We want the school to understand how this was discriminatory, and to take steps to refrain from treating other gender-conforming children this way in the future. I also want them to stop teaching the idea that boys and girls don’t exist.”

Among other things, the family is asking the tribunal to force the school board to stop “teaching gender theory in any manner which suggests that sex categories of male and female do not exist, or are fluid, or exist on a spectrum,” she added.

“To teach otherwise cannot be anything but discrimination on the basis of sex, which is a protected ground,” said Bildy. “If we cannot describe the physical reality of biological sex, then women can no longer defend their human rights as women.”

Kenneth Zucker, a professor of developmental psychology who specializes in gender dysphoria, said the school board’s foray into gender education amounts to “a pedagogical social experiment” where teachers and other educators are providing information to children of various ages about very complex topics.

“What it brings to mind for me are a few issues,” Zucker told Radio Canada International. “Number one, what is the actual qualification of teacher like ‘JB’ to be exposing children to this type of information?”

Zucker, who has more than forty years of experience as a clinical psychologist and university professor, said the teacher is alleged to have made some bizarre statements to children.

“It’s as if this teacher is exposing kids to post-modern social constructionist theory that you would teach to undergraduates at university,” Zucker said.

Another question that’s being raised by this case is how one vets these kinds of lessons in schools, Zucker said.

“One parameter that I think is very important to keep in mind is that children are not all the same,” Zucker said. “And some children might feel much more vulnerable and confused by what they are hearing.”

While one of the underlying goals of gender education is to make children who are gender non-conforming or who have clinically significant gender dysphoria be acknowledged and supported by teachers, it’s not clear that the current system is the way to go, Zucker said.

“As a scientist, one of the things I would want to know is how the school boards evaluate the effectiveness of what they are teaching kids,” Zucker said. “What is it exactly that they would like the kids to come to understand? How is that evaluated? And also are they evaluating any indicators of let’s call them adverse side-effects of this type of pedagogy?”

There is very little empirical evidence to see how these types of educational lessons affect children, Zucker said.

The Ottawa-Carleton District School Board (OCDSB) said in a written statement that they will be responding through the tribunal’s process, but in light of the current legal proceedings, they are not able to comment on the particulars of this case.

“The OCDSB is committed to providing inclusive, safe and caring programs for all students,” the statement said. “Our equity and inclusive education policy is grounded in honouring the human rights and dignity of all persons and commits to reducing barriers that impact equity of access and opportunity for all students.”

In addition, the OCDSB has a guide to support administrators and educators on gender identity and gender expression, the statement added.

No date has been set yet for a hearing.