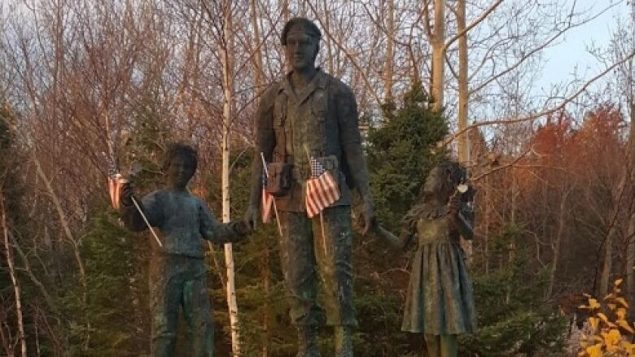 Stretch of highway near Gander will honour fallen service members

A section of the Trans-Canada Highway near Gander, NL will officially be renamed on Monday in memory of Canadians lost in wars and peacekeeping missions.

Running one kilometre east and west from the midpoint between the entrances of the Commonwealth War Graves Commission Cemetery and the Silent Witness Memorial, the two-mile stretch east of the city will now be known as Remembrance Way.

“It will serve as a reminder not only of the two sites through which this section of highway passes but all those who’ve sacrificed their lives so that we can have the freedom and peace that we enjoy,” Gander Mayor Percy Farwell told CBC News when he announced the name change last month.

Remembrance Way will be similar to other areas in the country that have used roadways to honour fallen service members.

Signs on Remembrance Way will have a poppy representing Commonwealth War Graves and the logo of the 101st Airborne Screaming Eagles.

“It’ll be a reminder of those particular sites, but it’s intended to be that and more,” Farwell told CBC News.

The naming ceremony will be held at the North Atlantic Aviation Museum.