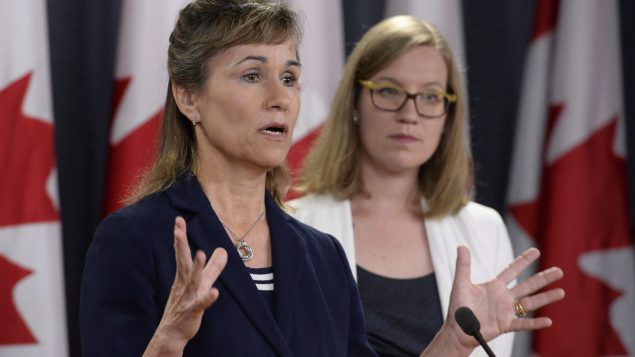 Trudeau’s national security and intelligence adviser to retire in December

“Ms. Bossenmaier has served Canadians with dedication, integrity, and excellence over the past 35 years, including in senior roles such as Chief of the Communications Security Establishment; Deputy Minister, Afghanistan Task Force, Privy Council Office; and Senior Associate Deputy Minister of International Development,” Trudeau said in a statement.

David Morrison, the prime minister’s foreign and defence policy adviser, will temporarily act as the national security and intelligence adviser in addition to his regular role, Trudeau said.

A new national security and intelligence adviser (NSIA) will be appointed soon to fill the vacancy created by Bossenmaier’s retirement, he added.

“On behalf of all Canadians, I wish Ms. Bossenmaier the very best in retirement and thank her for her commitment and dedication during her exceptional career,” Trudeau said.

Bossenmaier, who began her career in the public service in 1984 as a defence scientist at the Operational Research and Analysis Establishment of the Department of National Defence, was the third national security and intelligence adviser to serve under Trudeau.

She was preceded by Richard Fadden and Daniel Jean.

‘A complex and difficult job’

Thomas Juneau, a former strategic analyst at the DND who teaches at the Graduate School of Public and International Affairs at the University of Ottawa, said Bossenmaier’s retirement after serving as national security and intelligence adviser for 1.5 years is not at all unexpected and is likely connected with the upcoming government transition following the Oct. 21 federal election.

“Despite comments already popping up on social media, this is a public service job, a non-partisan job,” Juneau said.

It is a complex and difficult job, he added.

“The NSIA has limited concrete levers of power; the main one is his or her direct access to the prime minister,” Juneau said. “But compared to the national security adviser in the U.S, she has more limited authority, even the equivalent in the U.K. has slightly stronger authority.”

In 2015, Bossenmaier was appointed as chief of the Communications Security Establishment (CSE), Canada’s secretive signals intelligence agency, which is also responsible for the country’s cybersecurity.

Bossenmaier served as chief of the CSE during a time when public confidence in the Canadian intelligence community was shaken in the wake of the Edward Snowden scandal, said Stephanie Carvin, a former national security official who teaches International Relations at the Norman Paterson School of International Affairs at Carleton University in Ottawa.

“She played an important role in helping to open up that organization, effectively working to improve its social license,” Carvin said. “She would also have been involved in the drafting of the CSE Act, which was included as a part of C-59, so she has helped to shape the future of the [intelligence] community as well.”

Bossenmaier has served as national security and intelligence adviser at a time when Canada’s threat picture is in flux: the uncertainty over the Islamic State and the rise of economic national security concerns, Carvin said.

“Bossenmaier has a reputation for being very professional and although most Canadians will not be familiar with her name, I also see her as a trailblazer for women working in key national security and intelligence roles,” Carvin said.