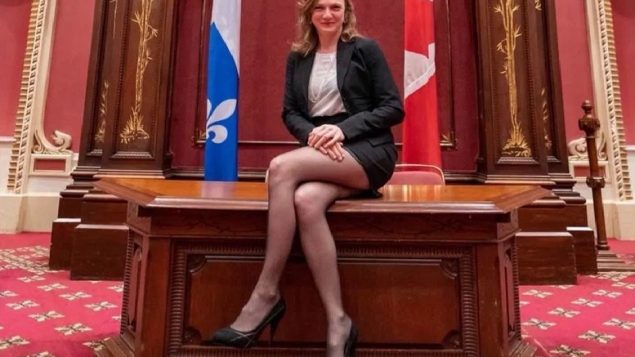 Member of Quebec's provincial parliament, Catherine Dorion upset many of her fellow politicians with a slightly daring pose on the central desk of the assembly room which many said showed disrespect for the chamber (Catherine Dorion-Facebook)

Catherine Dorion, a member of the Quebec provincial parliament (MNA-member national assembly) has both been praised as a breath of young fresh air, but also criticised especially for her attire.

Elected as a member of the left-leaning separatist Québec Solidaire, the young woman has often appeared in very casual dress in the otherwise formal atmosphere of politics.

As if to make fun of the criticism, she recently posed for a photo posted to Facebook on Oct. 31. Titled “Happy Halloween” she wore a more standard business-like jacket and skirt and heels, albeit a somewhat short skirt, presumably as a Halloween costume compared to her more typical casual attire, often with running shoes, tuques, boots, tank tops etc. She was also sitting on the central desk in the assembly room, which many members consider an affront.

When she showed up for debate on Thursday in a hooded sweater and jeans, other members already upset, complained to the speaker, about her lack of decorum. 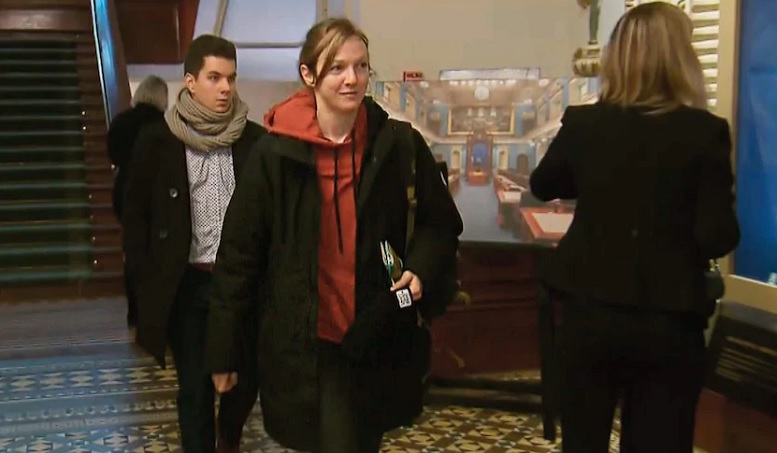 In a rare move, the Chamber was about to tell Dorion to leave for not respecting the dress code when she showed up in a hoodie on Thursday (Radio Canada)

Denied entry to the debate chamber because of her attire, she chose to leave rather than challenge the situation..

Quoted by The Canadian Press, Deputy Speaker Chantal Soucy said, “We have a decorum to respect, we reminded her of it several times, it was time to draw a line. She was not wearing clothing worthy of an MNA within the Blue Room.” 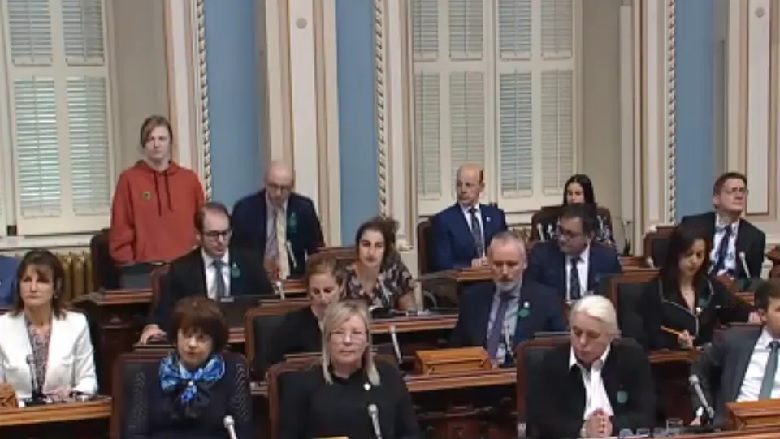 It was not the first time she showed up wearing the hoodie or other unusually casual attire. Here seen on Sept. 25 (video capture Quebec provincial parliament)