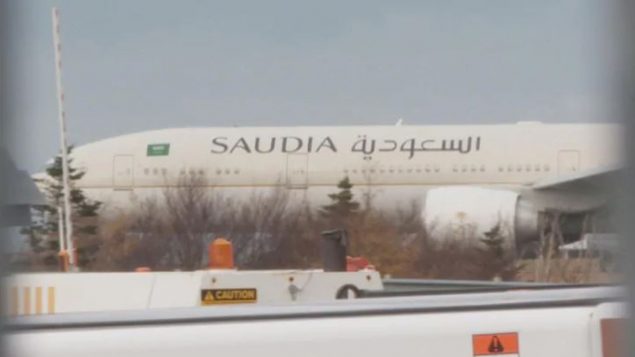 Police have confirmed, after an international flight made an emergency landing at St. John's International Airport on Tuesday, that a two-year-old passenger died. (Katie Breen/CBC)

A sudden death of a toddler on a Saudi Arabian Airlines flight headed from Jeddah to Washington D.C. forced the pilots to make an emergency landing in St. John’s International Airport on Tuesday, according to the Royal Newfoundland Constabulary.

A spokeswoman with the airport said Saudi Arabian Airlines Flight 35 landed in the provincial capital at around 11:40 a.m.

Police and paramedics were dispatched to respond to the emergency, but medical staff declared the two-year-old dead shortly after the landing.

The death is not believed to be suspicious.

Police said the investigation is ongoing and the Office of the Chief Medical Examiner will be involved.

The toddler’s family has remained in St. John’s, police said.