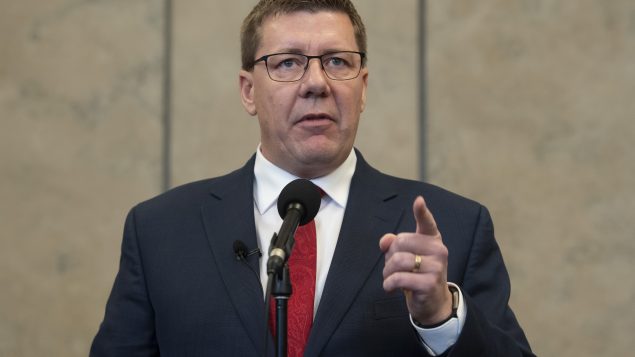 The resource-rich Prairie province of Saskatchewan will strive for more autonomy within the Confederation but has no intention of seceding from Canada, Premier Scott Moe said Tuesday after meeting with Prime Minister Justin Trudeau.

“We’re going to look at opportunities to expand our provincial autonomy,” Moe told reporters after his meeting with Trudeau. “That includes expanding our presence around the world in those areas where we are exporting our agri-food products, our energy products.”

Moe said more details would be coming in the next couple of days.

Moe was in Ottawa to meet with Trudeau following the Oct. 21 federal election that saw the Liberals reduced to 157 seats in the House of Commons and fail to elect any Members of Parliament in the Western provinces of Alberta and Saskatchewan.

The election of a minority Liberal government, as well as a strong showing by the Bloc Québécois, the New Democrats and the Greens, all of whom support curbs on and the eventual phasing out of Western Canada’s oil and gas industries to fight climate change, have contributed to a growing sense of Western alienation and even calls for Alberta, Saskatchewan and Manitoba to secede from Canada.

“Canadians are free to talk about whatever they want to talk about,” Moe said. “What we have here is we have a prime minister that on election night said he understood those frustrations and he wanted to support the people in the province of Saskatchewan.”

However, Moe said in his meeting with Trudeau he did “not hear that there is going to be anything different.”

“We don’t see a commitment with respect with moving forward putting a pause on the federally imposed carbon tax on our industries in the province,” Moe said. 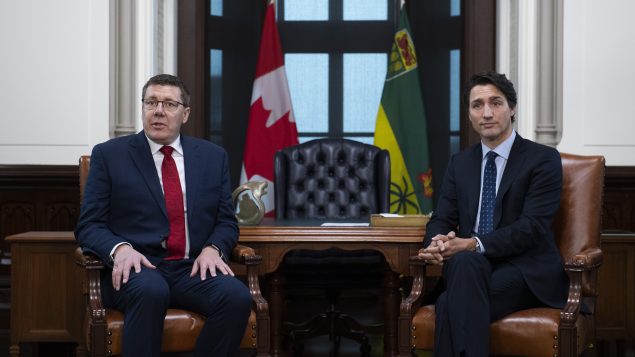 Moe said he raised several issues of concern for Saskatchewan in his meeting with Trudeau, including putting the Liberal carbon tax “on pause” and changing the federal wealth redistribution policy in Canada by which the so-called “have” provinces contribute to a federal fund that redistributes money to “have-not” provinces.

In addition, Moe said he discussed policies that would allow the landlocked Western Canadian provinces get their goods – especially oil and gas, but also agricultural commodities – to world markets via provinces that have maritime access: British Columbia on the Pacific coast; Quebec and the Maritimes on the Atlantic coast.

“We had asked for a commitment with respect to putting the carbon taxation policy on pause and working towards real solutions to have a fair wealth distribution, equalization program that is fair to all provinces in this nation,” Moe said.