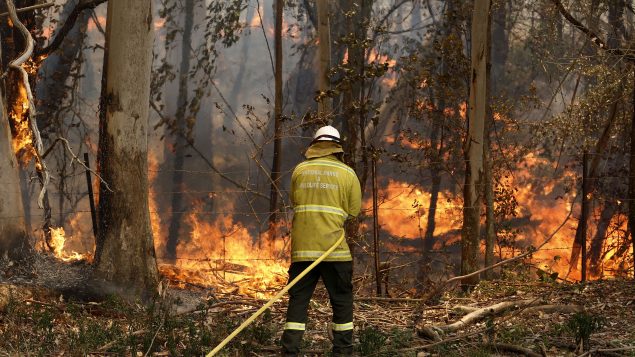 The Canadian Interagency Forest Fire Centre (CIFFC) is sending a liaison officer to Australia to work with authorities there on determining what assistance Canada can provide as Australian firefighters struggle to contain more than 150 fires raging on both the east and west coasts on Wednesday.

The most intense fires were concentrated in the northeastern states of New South Wales and Queensland, although a fire emergency warning had also been issued for a blaze threatening the west coast city of Geraldton.

New South Wales had lost more than 200 homes since Friday, while 14 homes had been destroyed in southeast Queensland.

Some communities have been evacuated repeatedly as the fire danger recedes, then returns with flames fanned by strong wind changes.

Canada and Australia have a Memorandum of Understanding (MOU) that allows for sharing resources and information on wildfires, Clement Nocos, a spokesperson for Natural Resources Canada, told Radio Canada International.

The goal is to improve emergency response to wildfires by sharing fire management knowledge, innovations and research, and pooling necessary resources during times of crises, Nocos added.

“Due to the differences in the timing of fire seasons in Canada and Australia, collaboration is mutually beneficial,” Nocos said. 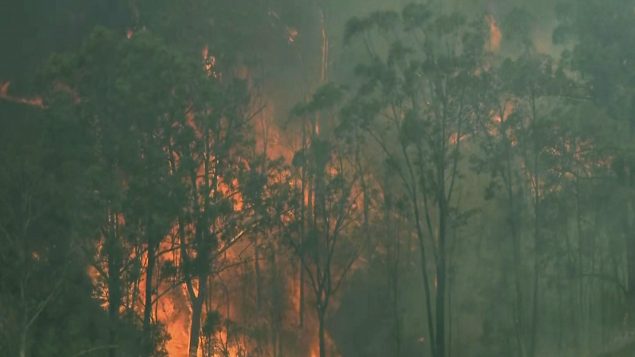 In this image made from video, forest trees are on fire in Hillville, New South Wales state, Australia, Wednesday, Nov. 13, 2019. More than 50 homes were damaged or destroyed and 13 firefighters were injured overnight by catastrophic wildfires across Australia’s most populous state before the emergency subsided on Wednesday, officials said. (Australian Broadcasting Corporation via AP)

Australia has frequently sent resources to Canada to support Canadian firefighters during some of the worst wildfires in recent history.

Officials at the CIFFC will be discussing the situation with the provincial and territorial fire agencies this week to see what resources could be made available to be dispatched to Australia, Nocos said.

A severe fire danger warning was in place for much southern Queensland Wednesday, with soaring temperatures and thunderstorms expected.

“We’ve got another tough day today and there is an extended forecast that we are not out the woods by any means,” said Michael Wassing of the Queensland Fire and Emergency Services Commission.

The Insurance Council of Australia, an industry body, said insurers had received 450 fire damage claims in the disaster areas.

In New South Wales, more than 50 homes were damaged or destroyed and 13 firefighters were injured overnight by catastrophic wildfires that subsided on Wednesday.

At one point on Tuesday, 16 fires raged out of control at emergency level simultaneously across New South Wales, a near record number.

Rural Fire Service Commissioner Shane Fitzsimmons warned that rain that would quench the fire danger on the east coast is not forecast for months.