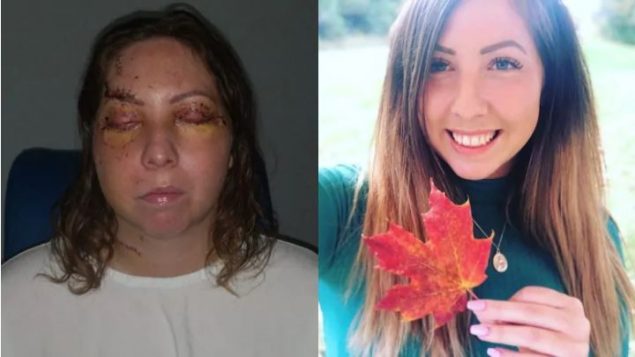 Lexie York was on vacation in Mexico's Yucatan Peninsula earlier this month when she was attacked in her hotel room, according to her family. (Submitted by Mathew York)

The family of a Canadian woman says she’s lucky to be alive after the 29-year-old was viciously attacked in her Cancun hotel room on the first night of her vacation in Mexico.

Lexie York was beaten to the point she required reconstructive surgery at a hospital in Cancun, her brother, Mathew York, told CBC from Cancun.

Lexie arrived at the Grand Bahia Principe resort in Tulum on Nov. 10 and was supposed to meet her mother the next day, he told CBC News.

“My mom was coming, so she was alone for one night and only one night.”

According to Mathew, his sister was having dinner at the resort’s restaurant when she met two couples who were also staying there.

Later, when she was in her room, one of the men came and knocked on her door. He claimed his wife had heard a scream and wanted to know if Lexie was OK, her brother said.

When she said everything was fine, the man pushed his way into the room and began to strangle her and hit her in the face, Mathew said.

Lexie was knocked unconscious, but was able to feel her way out of her room to seek help once she regained consciousness and then received help from another guest, he said.

With files from Darren Major of CBC News