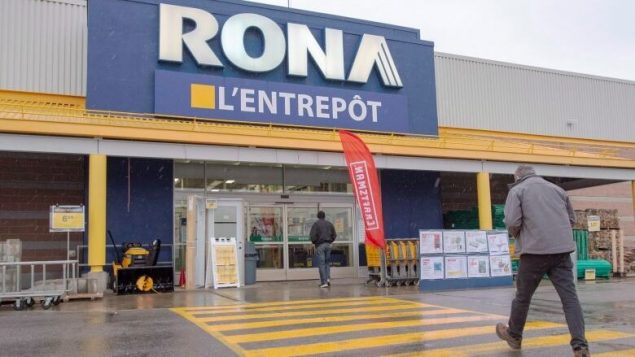 As in restructuring move, the American giant Lowe's continues to close many of its Canadian holdings of Rona/Reno-Depot outlets. Lowe's announced Wednesday morning that it is closing 34 properties across the country. (Ryan Remiorz-The Canadian Press)

Lowe’s announced closure of 31 stores in Canada in 2018,  34 more closings announced this week

In 2016, the giant American home hardware and renovation chain Lowe’s, announced a takeover of the Quebec-based Rona/Reno-Depot chain.

In 2007 Lowe’s had already established 42 stores in Ontario and western Canada and sought to expand with the acquisition of its competitor Rona/Reno-Depot. This Canadian chain had over 400 Rona-Reno-Depot outlets, about half of which were in Quebec.

In an announcement at the time, Richard Maltberger, the chief development officer and president of international operations said the deal, “provides attractive opportunities to drive revenue and profit growth while delivering meaningful long-term benefits to shareholders, customers, suppliers, employees and the communities we serve”.

In the same announcement Robert Sawyer, former president and CEO of RONA, added, “I am confident that RONA will be in good hands as part of Lowe’s and will have new opportunities and resources to grow its brands and build upon its heritage. This is an excellent next step for our people, our partners, our customers and our former shareholders.”

It didn’t work out that way.

At the time of the 2016 takeover, a bitter political debate occurred in Quebec over the takeover. Rona was considered a Quebec success story and selling it to Americans was the business equivalent of selling off a national treasure.  In fact a Quebec government minister lquit politics over the deal that some had labelled a “scandal”.  The deal was approved by the federal government with the Economic Development minister at the time saying about Lowe’s, “They’re very committed to jobs here in Canada, they’re very committed to having senior management here in Canada.” 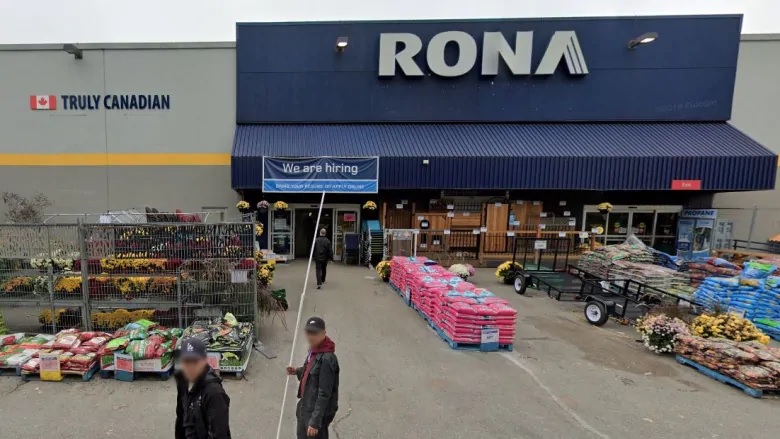 Late last month a Canadian Ad Standards Council said the firm could no longer announce Rona or Reno-Depot outlets as “Truly Canadian” or “Proudly Canadian” as they were in fact American owned. Those signs were quietly removed (google maps)

In late November 2018 with the approach of Christmas just two years later, the giant American firm announced the closing of 31 stores across Canada and four support centres.

Just last month some 60 Canadian accounting jobs at the Quebec headquarters were moved to the U.S. and now again as we approach Christmas, the firm announced that 34 more “under-performing” stores across the country will be shut down in January of next year.   Lowe’s has said that it will try to relocate jobs to other nearby stores. although the number of jobs affected with the closures is not known, nor how many employees might be relocated to other stores.

At the time of federal approval then minister Hardeep Bains said the firm had ensured Canadians would play a significant role in senior management and “a significant level of employment” in the Canadian operations for at least a five year period, but without specifics.

The Quebec based TVA network reports that the details of the promises to the government remain secret as the Trudeau government has refused to release information, adding that it is therefore impossible to know if Lowe’s is contravening the deal agreed to with the government.

The Rona chain was founded in 1939 by two Quebec entrepreneurs as an alliance of independent hardware stores. The name RONA was adopted in 1960 and comes from the first letters of the names of founders ROland Dansereau, and NApoleon Piotte.

The growing chain acquired Reno-Depot stores in 2003 and was purchased by Lowe’s in 2016 for C$3.2 billion