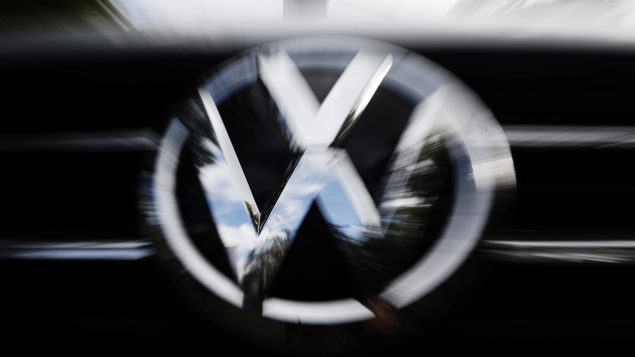 The VW logo is seen at the site of the first hearing of a consumer group's class action suit on behalf of Volkswagen owners against VW over the diesel emissions cheating scandal, at the Higher Regional Court in Braunschweig, Germany, September 30, 2019. (Michele Tantussi/REUTERS)

Volkswagen faces 58 counts of contravening the Canadian Environmental Protection Act between January 2008 and December 2015, by allegedly unlawfully importing into Canada nearly 128,000 vehicles that did not conform to prescribed vehicle emission standards, a statement by Environment and Climate Change Canada (ECCC) said Monday.

The company is also charged with two counts of providing misleading information.

Canada’s case against Volkswagen comes more than four years after the company admitted to installing software on 11 million cars worldwide to trick emissions-testing equipment into concluding the cars ran more cleanly than they actually did.

Volkswagen pleaded guilty to charges in the case in the United States in March 2017 and was fined more than $4.3 billion US.

“Volkswagen AG and ECCC will attend a hearing before the Ontario Court of Justice in Toronto on Dec. 13, 2019,” a spokesperson for the company told RCI. “At the hearing, the parties will submit for the Court’s consideration a proposed plea resolution and seek its approval. The details of the proposed plea resolution will be presented at the hearing.”