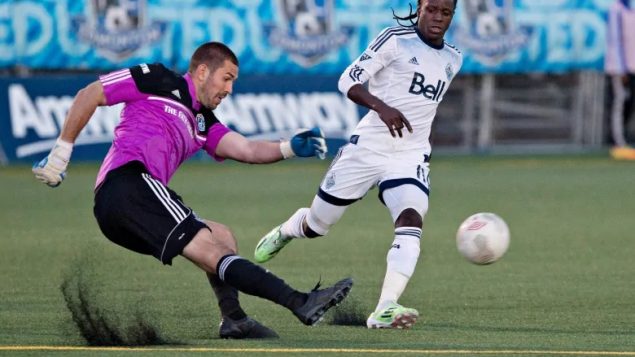 The original concept of artificial turf held a theoretical number of advantages. The tiny pellets of rubber infill made from recycled tires diverted thousands of those tires from landfill sites, while the fields eliminated the need for pesticides, fertilizers and watering.

Crumb rubber is spread throughout the artificial turf as filler and support between the “grass” blades, and as a cushioning for players

Since the arrival of artificial turf however, there have been ongoing concerns about the toxicity of crumb rubber. That concern has been increased through a new study by researchers in Montreal.

Hans Larsson is co-senior author of the study. He is a professor of vertebrate palaeontology at McGill University in Montreal and director of the Redpath Museum. I reached him by mobile phone in the Andes in Colombia where he is on another research project.

The study was published in the science journal Proceedings of the National Academy of Sciences (PNAS) under the title,  Artificial turf infill associated with systematic toxicity in an amniote vertebrate (abstract here) 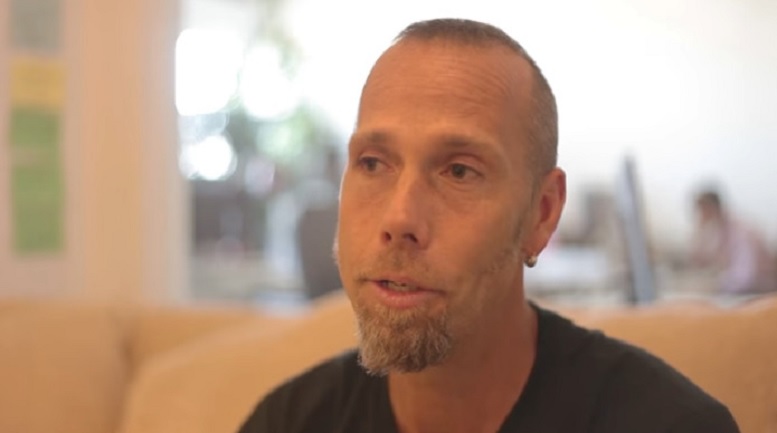 It seems that the finely chopped up tires are full of toxic chemicals, including heavy metals, which leach out in water from a rainfall or as they sit in snow, and get runoff into the environment. In addition, Larsson says there is “offgassing” as the volatile chemicals are slowly released into the air.

While other research has found toxins from crumb rubber leachate, they dealt with lower life forms like algae, and tiny acquatic daphnia, and small zebrafish.  This was the first to study effects on more complex life forms and used chicken embryos. 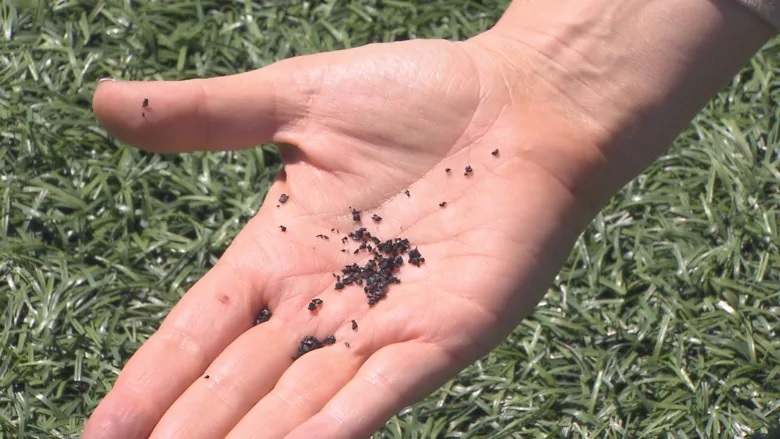 Tiny pellets of crumb rubber infill in artificial turf. Made from recycled tires, the product has been linked to anecdotal claims it causes cancer in recent years. (CBC)

They found that even moderate doses could result in non viable embryos in some cases, and in survivors, there were both physical and brain deformations.

Larsson points to some studies which have shown a high rate of cancer in soccer goalies whose knees and hands (or gloves) are in close contact with the rubber surface and are more likely to also be touching their faces.

Larsson says this study raises serious questions to be explored in more research, but also the same serious questions about the continued use of crumb rubber on artificial turf and its potential for harm to the environment, wildlife, and humans as well.