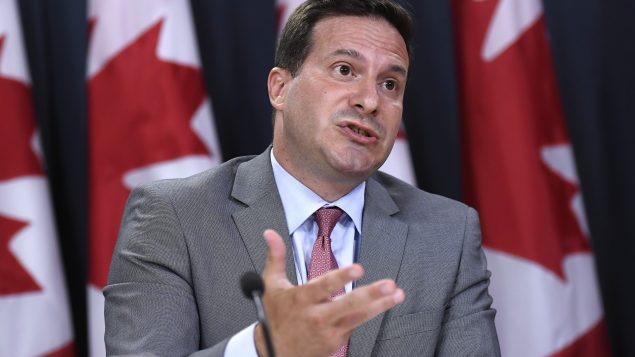 As the world faces the challenge of looking after more than 70 million people displaced by wars and conflicts, Canada will provide $50.4 million over the next four years for the United Nations Refugee Agency (UNHCR), Canadian officials announced Tuesday.

The funding will help the UNHCR respond to the critical humanitarian and protection needs of refugees around the world, said Canada’s Immigration Minister Marco Mendicino as he made the announcement at the inaugural Global Refugee Forum in Geneva, Switzerland.

The forum, co-hosted by UNHCR and the Swiss federal government, brings together refugees, heads of state and government, UN leaders, international institutions, development organizations, business leaders and civil society representatives, for a two-day meeting at the Palais des Nations, in Geneva.

“Canada has a proud and long-standing tradition of responding to the needs of vulnerable people,” Mendicino said in a statement. “We are at the forefront of working with partners to advance innovative solutions for those who’ve been forced to flee their homes.”

The UN estimates that worldwide more than 70 million people are displaced by war, conflict, and persecution. More than 25 million of them are refugees, having fled across international borders and unable to return to their homes.

He also pledged that Canada will introduce a dedicated refugee stream to provide safe haven for human rights advocates, journalists and humanitarian workers at risk.

The Liberal government of Prime Minister Justin Trudeau will establish new multi-year resettlement commitments in 2021 and will continue to support the resettlement of women and girls who face heightened protection risks due to their gender, Mendicino said.

Canada’s delegation to the forum is being led by Mendicino and includes senior officials from the department of Immigration, Refugees and Citizenship (IRCC) and Global Affairs Canada, as well as Mustafa Alio, founder and managing director of Jumpstart – Refugee Talent, an NGO that works on helping refugees to integrate in Canada.