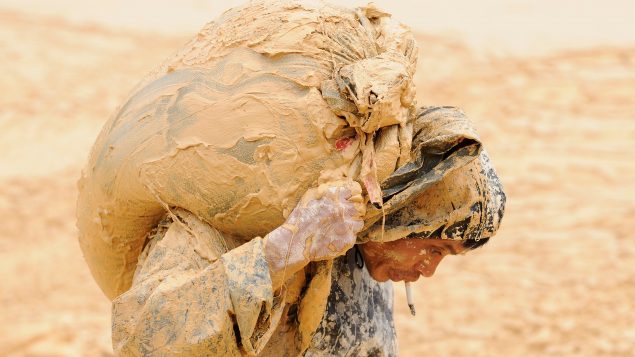 A man works at the site of a rare earth metals mine at Nancheng county, Jiangxi province, China, Oct. 20, 2010. (REUTERS/Stringer/File Photo)

Canada has joined a U.S.-led international effort to reduce global reliance on China’s supply of minerals that are essential for the high-tech industry to produce everything from lithium batteries for electric cars, to smartphones and computers, wind turbines and fighter jets.

On Wednesday, Canada and the U.S. signed a Memorandum of Understanding confirming Canada’s participation in the U.S.-led Energy Resource Governance Initiative (ERGI), part of a multi-pronged strategy by Washington to break free of China’s near-monopoly on so-called critical energy minerals.

Experts estimate that China controls more than 80 per cent of the global supply chain of rare earth elements, a group of 17 metals that are critical for the development of new clean energy technologies, as well cutting edge space and defence materials. 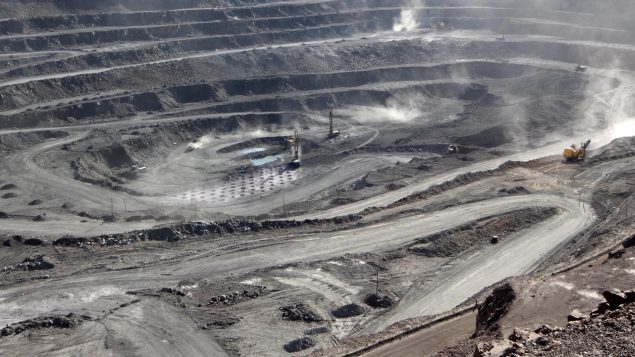 Washington has grown more concerned recently about its dependence on mineral imports after Beijing suggested using them as leverage in the trade war between the world’s largest economic powers.

The U.S. and Canada recognize global demand for minerals will increase dramatically in the coming years, officials at Natural Resources Canada said in a statement, adding that the agreement “provides an important framework for cooperation in addressing these complex challenges.”

“Canada is in a unique position to strengthen global supply chains for critical minerals,” federal Minister of Natural Resources Seamus O’Regan said in a statement. “We are proud to partner with the United States through the Energy Resource Governance Initiative, to advance responsible development of critical minerals and ensure mineral security.” 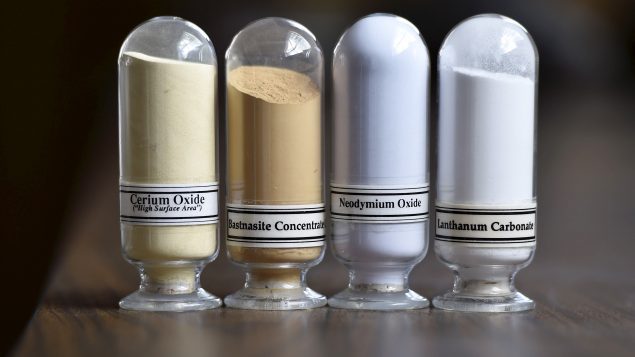 Officials at Natural Resources Canada declined Radio Canada International’s request to release the text of the memorandum, saying that “it’s not a public document.”

Conservative MP Cathy McLeod, the party’s natural resources critic, called on the Liberal government to release the text of the memorandum “so that Canadians, and especially those working in the mining sector, can understand how this will impact the industry.”

“The Liberals have repeatedly failed to stand up for our natural resource workers over the last four years,” McLeod said in a statement. “Without providing the details, it is impossible for Parliamentarians to know if the government has even prioritized the best interest of our mining sector.”

According to the State Department, the memorandum “promotes responsible and sustainable mining practices in the energy mineral sector; supports resilient supply chains of energy minerals by facilitating trade and industry connectivity; and establishes measures to meet expected demand for clean energy technologies including financial institutions’ involvement in mining and processing projects.”

Donald Kilburg, spokesperson for the U.S. Bureau of Energy Resources, said the memorandum signed with Canada is an iterative part of a larger multilateral framework.

“Once the additional multilateral partners have had an opportunity to fully concur, then the parties will make the determination about when to share the MoU publicly,” Kilburg told Radio Canada International.

Anton Chakhmouradian, a professor of geology at the University of Manitoba and an expert on rare earth elements, said Canada’s efforts to address its growing dependence on Chinese-produced rare earth metals and derived materials were long overdue.

“We live in the age where the advancement of technology is at the forefront of everyone’s concerns and the future of the humankind depends on how fast we can react to technological developments elsewhere,” Chakhmouradian said in a phone interview.

“It is indeed very important to make sure that the developed world has a sustainable supply of these metals, as well as advanced technological materials based on these metals.”

Warning against too much hype, not enough investment 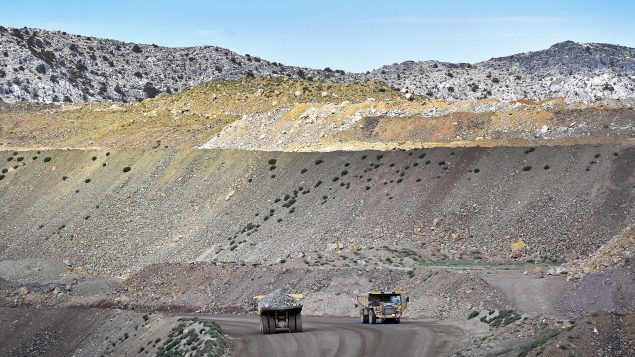 Chakhmouradian cautioned, however, against political spin and mining industry hype when it comes to Canada’s position as a potential player in the rare earth elements market.

The U.S., for example, has the world-famous Mountain Pass deposit in California, which has 20 million tonnes of rich rare earth ore, he said.

“There is nothing comparable in Canada,” Chakhmouradian said.

Although there are some significant concentrations of rare earths in northern Quebec and the Northwest Territories, there is no proven technology yet to extract rare earth metals from these rock types profitably and on an industrial scale, Chakhmouradian said.

“Even though at this point there is no commercially implementable technology in place that would secure Canada’s future in the rare earths market, it is still possible that such technologies will be developed in the future,” Chakhmouradian said.

Falling behind Chinese and Russian research 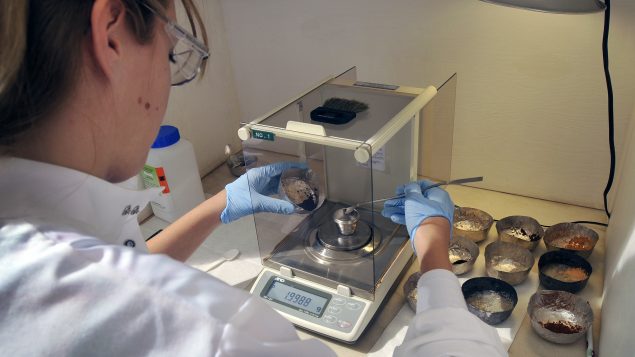 Lab technician Shirley Robinson measures out samples of the different rare earth oxides for quality assurance testing at the Molycorp Minerals laboratory at the Mountain Pass Mine in Mountain Pass, California Aug. 19, 2009. The open-pit mine is home to the world’s richest proven reserve of “rare earth” metals, a family of minerals vital to producing the powerful, lightweight magnets used in the engines of Toyota Motor Corp’s Prius and generators in wind turbines. The same kind of magnets power the fins that steer precision-guided missiles. (David Becker/REUTERS)

However, this possibility is quite remote for now because the Canadian government simply hasn’t invested enough into the science of rare earth recovery, Chakhmouradian said.

“The Canadian government has been concentrating its support primarily in conventional revenue-generating mineral industries, such as base metals, but rare earth minerals have never been a priority unfortunately,” Chakhmouradian said.

Canadian research into rare earth elements and applications technologies is decades behind the science that has been accumulated in China and Russia, Chakhmouradian said.