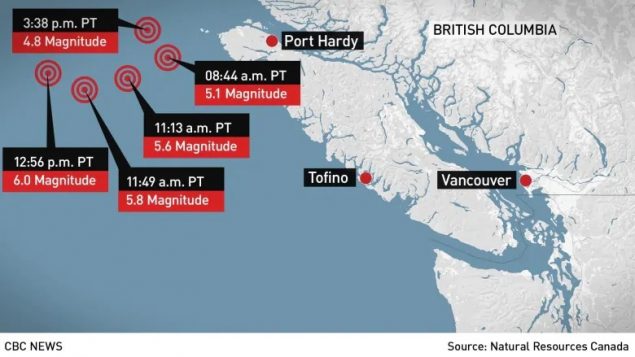 Another earthquake struck northwest Vancouver Island on Canada’s West Coast on Tuesday, a day after six tremors rattled the region.

Officials say the activity was not especially unusual.

There were no reports of damage, nor warnings of a Tsunami. 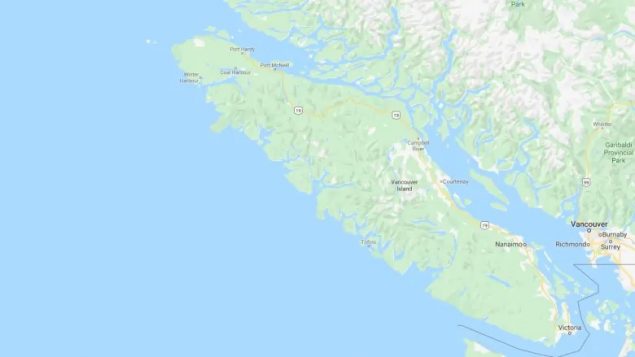 The earthquakes on Monday ranged in magnitude from 4.3 to 6 and were centred about 100 kilometres offshore, a hot spot for tremors of that strength.

“Having four in a row is a little more than what we would usually have anticipated but certainly not out of the norm for this active region,” Andrew Schaeffer of Earthquakes Canada told CBC News, speaking after the first four quakes were reported.

In the last year, Schaeffer said, there have been more than 100 earthquakes between magnitude 3 to 5.

“It’s also not that uncommon to have a series of earthquakes in close proximity to each other in time,” he said.