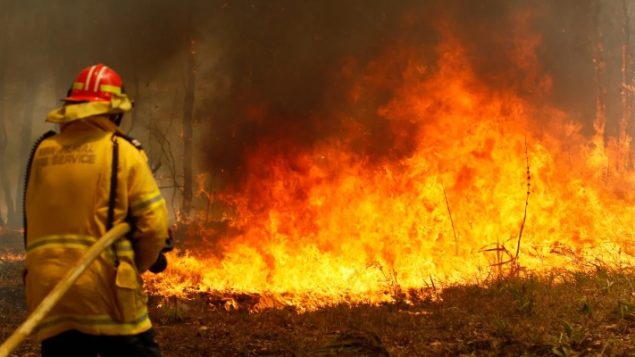 Some 87 Canadian firefighters will spend about six weeks in Australia before returning home. At least 12 people have now died in Australia as a result of the fires. (AAP images via AP/Darren Pateman)

More Canadian firefighters are heading to Australia to help battle devastating wildfires in that country that have seen at least two people die in the last day in the state of Victoria and New South Wales.

At least 12 people have now died in the fires that have destroyed 1,000 homes across the country since September.

A group of 15 Canadians left for Queensland on Monday and 21 others will join them later this week.

The Canadians, stationed in Queensland and New South Wales, will number 87 by Saturday.

They are expected to remain in Australia for about six weeks before returning home. 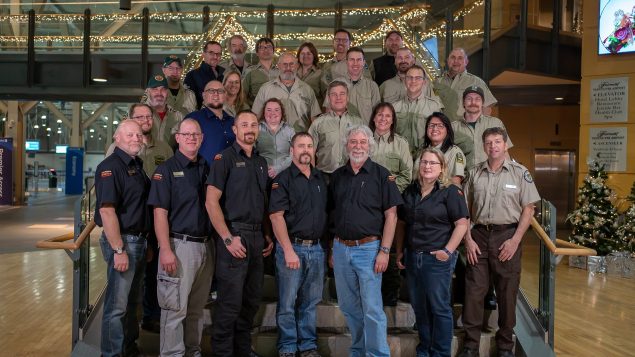 Canadian wildfire specialists are shown in this handout image in Vancouver before being deployed to New South Wales, Australia on on Dec. 19. (Canadian Press/HO/Canadian Interagency Forest Fire Centre/Riel McGuire)

The continent is comprised of both men and women volunteers from B.C., Alberta, Saskatchewan, Manitoba, Ontario, Quebec, Newfoundland and Labrador, Yukon and Parks Canada.

Tulle says this is the first time Canada has send firefighters to Australia.

Firefighters from Australia helped fight wildfires in British Columbia in 2017 and 2018.