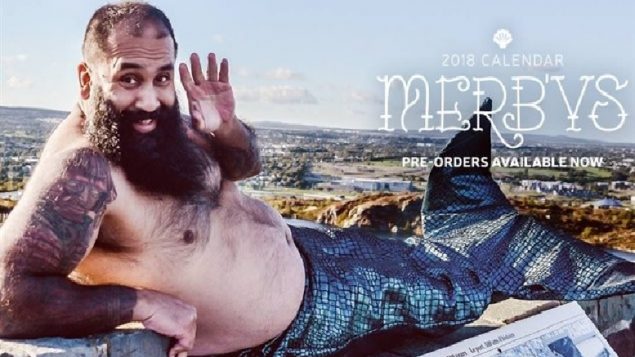 The initial 2018 calendar cover featuring Hassan Hai. He says the idea started as a dare, but while fun, seeks to promote men in non-traditional roles while also raising money for charity. (via Facebook-Andrea Edwards

They’re back! The Newoundland and Labrador Beard and Moustache Club have once again ‘finned’ up for another calendar saying, “We can help fill your quota of awesome”

The ‘Merb’ys’ (Newfoundland for Mer-boys or mer-buddy’s) for a couple of years now have created the cheeky calendar to raise money for charities.

The stocky bearded, bare chested hirsute group say however this 2020 calendar may well be their last after two years of worldwide fame and about a half million dollars for charity from their 2018 and 2019 calendars. 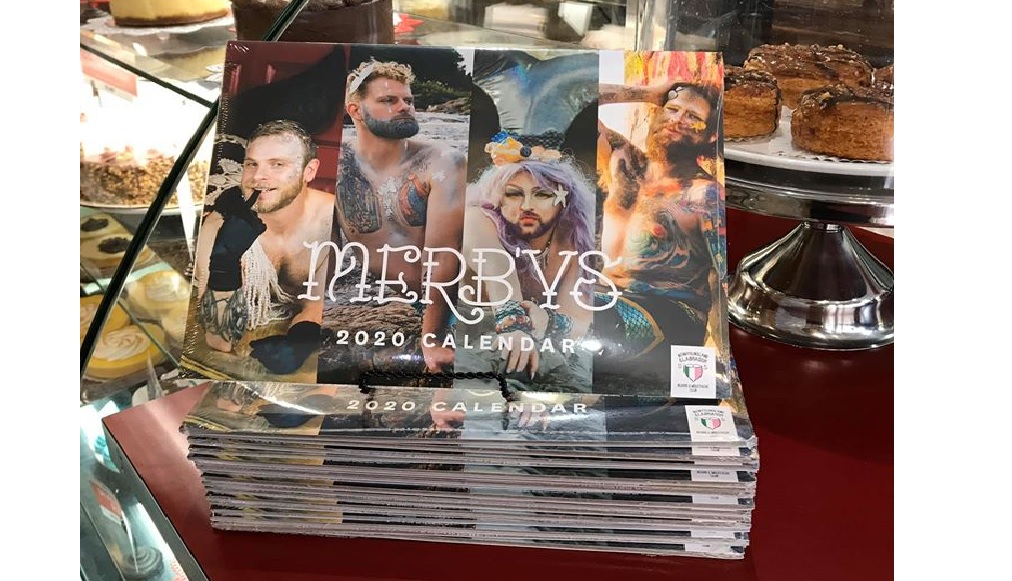 Organiser Hassan Hai says the success was far beyond anything they could have originally believed with well over 20,000 sold to almost two-dozen countries. But he says the calendar was a lot of work especially when trying to juggle full time jobs and families 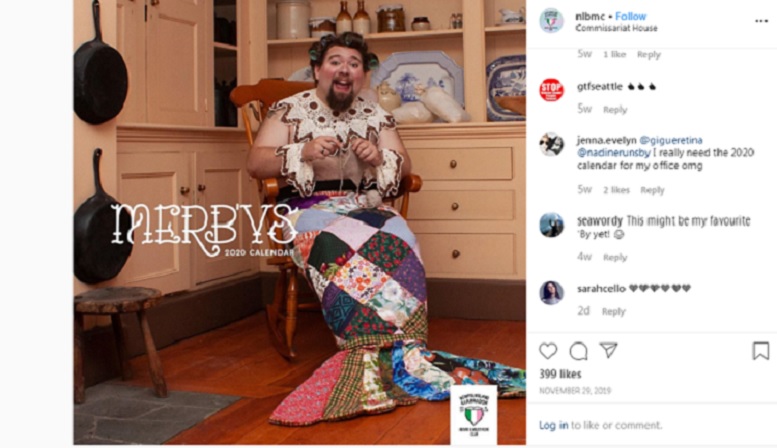 Hai said in addition to fund raising for charity, it was also a way, towards healthier expressions of masculinity, celebrating body positivity and showing and depicting men in these non-traditional ways, ( Instagram)

While the 2020 calendar may be the last, it’s not the end for the Merb’ys though.

They’re working on the possibility of an animated series and a documentary for the Canadian public broadcaster CBC.

This year the money raised will go to  Planned Parenthood – Newfoundland and Labrador Sexual Health Centre as well as the local St John’s SPCA and the Home Again Furniture Bank. Hai says that while the calendar may be gone, their efforts to support charities will continue through other projects..

SOUND ON for this MerB’ys animation! A day in the life of the MerB'ys, shown in their underwater home in the waters surrounding Newfoundland and Labrador.We partnered with our friends at Stellar Boar Productions to bring these beautiful, salty b’ys to life. This short teaser is a prelude to some bigger projects we’ll be working on in 2020. Stay tuned for more!Stellar Boar Productions is an animation studio based in St. John’s, Newfoundland.The studio is ecstatic about a partnership with NLBMC and MerB’ys. As a production house and an ally, Stellar Boar proudly holds its door open to talent from marginalized populations, and seeks to give back to its community through charity when and where it can.Further developing the incredible and LGBTQI2S inclusive show that the MerB’ys will become provides an outlet for all these goals. It also affords Stellar Boar the ability to create more local work in the field of animation and retain generations of artists on this beautiful island. Thank you for your view and your support! Find out more at www.stellarboar.comSocial:Instagram: @stellarboar Facebook: facebook.com/stellarboar Twitter: @curtisriouxCredits:MerB’ys Animated Production Credits: Stellar Boar Productions Directed, Design, Backgrounds, Animation: Curtis Rioux Props, Palettes, Clean-Up: Aaron RussellBrand Representation:Courtney WellsHasan HaiSpecial thanks: Rachel Arnold Andie Perreault Laura Churchill NLFDC

Posted by NL Beard and Moustache Club on Monday, December 9, 2019