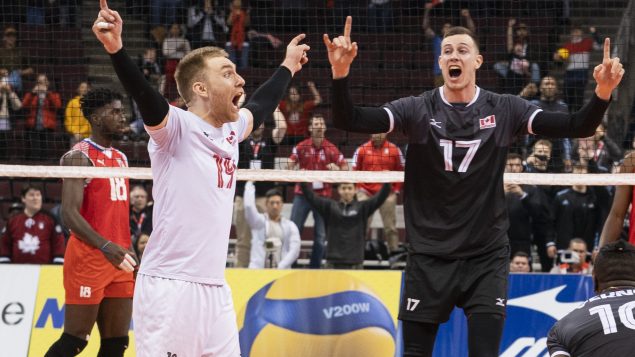 Blair Bann (19) and Graham Vigrass (17) of Canada celebrate after defeating Cuba 3-2 during the men's volleyball 2020 Olympic qualification tournament at the Pacific Coliseum in Vancouver, on Saturday. The Canadians defeated Puerto Rico Sunday to make it to this summer's Tokyo Olympics. (Richard Lam/Canadian Press)

Men’s volleyball team will be at Tokyo Olympics

First the good news: The men, ranked seventh in the world, defeated 24th-ranked Puerto Rico 25-21, 25-15, 25-15 at the NORCECA qualifying tournament at the Pacific Coliseum in Vancouver on Sunday to advance, completing the tournament undefeated.

Canada has not qualified for the Olympic women’s volleyball tournament since Atlanta in 1996. 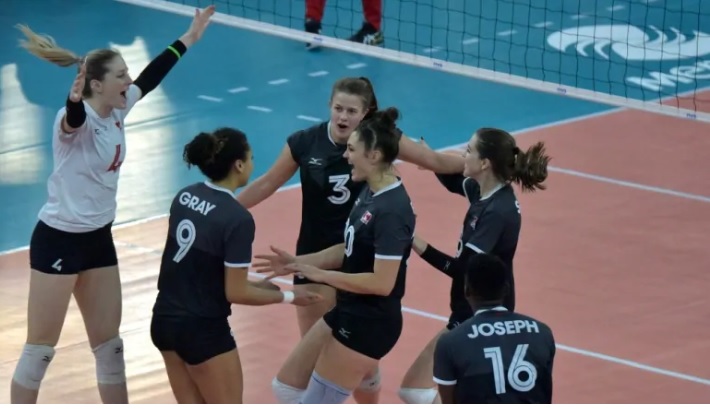 The Canadian women’s volleyball team defeated Mexico 3-1 (25-13, 21-25, 25-19, 25-15) at the Olympic qualifying event on Sunday in Santo Domingo, but losses to Puerto Rico on Friday and the Dominican Republic on Saturday cost them a trip to this summer’s Tokyo Olympics. (norceca.net)

Canada’s basketball and soccer teams are still in the running to make the Games.

With files from CBC, CTV,