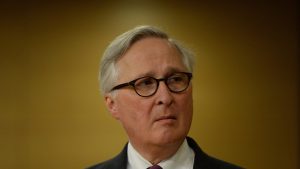 Canada needs to be “clear eyed” about its own place in the rapidly changing multipolar world and the security challenges presented by such “revisionist” adversaries as Russia and China, says a former spy chief and national security advisor to two prime ministers.

The world is undergoing fundamental change and Canada cannot rest on its laurels at a time of rising global threats, including the increasingly isolationist United States, dysfunctional Western allies and the emergence of China and Russia, cyber threats and terrorism, says Richard Fadden.

He is a former national security adviser to both Prime Minister Justin Trudeau and his predecessor, Stephen Harper.

I spoke with him at the Summit on Canada’s Global Leadership in Ottawa at the end of November in 2019.

This is Episode Two: Foreign policy through the national security lens and does Canada need its own foreign intelligence service?