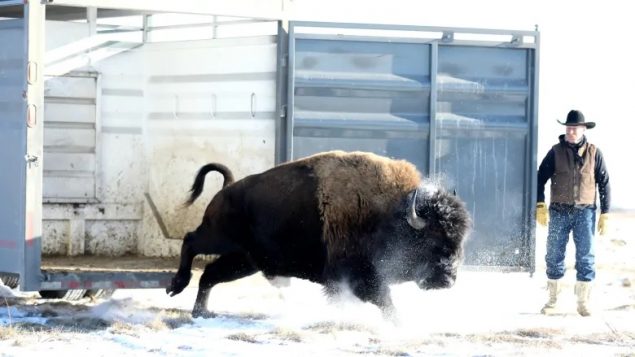 One of the bison runs free after being transported to their new home, one of a gift of 22 from one First Nation to another in south-east Saskatchewan.(Heidi Atter-CBC)

Once they were estimated at numbering anywhere from 30-60 million and roamed North America’s western prairies in vast herds numbering tens of thousands. After almost being wiped out by overhunting, mass slaughter, disease and drought in the 1800’s, there are now only small herds scattered here and there on private lands or in national parks; in total there might be some 15,000 in Canada left.

Many of the bison now in Canada are the result of the Canadian government in early 1900 buying a remaining herd of wild bison in Montana and bringing them to the area that became Elk Island park.  As the herd grew, many were shipped out to other areas to reintroduce the animals to the places where they once roamed.

Now, another herd is being created on a First Nations reserve in south-eastern Saskatchewan. 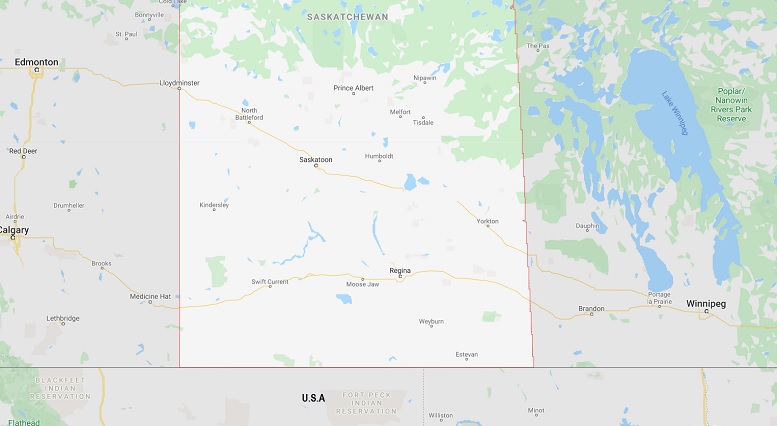 The people of the Zagime Anishinabek reserve were thrilled to receive 22 bison as a gift from the Peepeekisis Cree Nation this month. It was the first time the huge impressive animals were seen in the area in well over a century.

In late 2014, through a local Saskatchewan Christian group and rancher Ron Steckly, the Peepeekisis First Nation were given 22 bison. 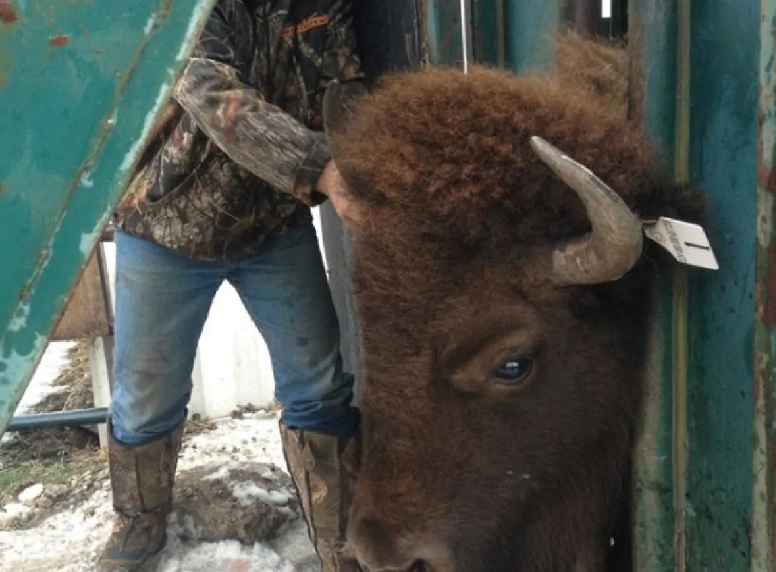 The head of a bison peers out from its trailer before being sent as a gift in 2014 to the Peepeekisis First Nation. (submitted vias CBC)

Saying that it was a dream come true, they planned to grow the herd to nearly 100 animals and then pass some along to other First Nations which they have now done.

The buffalo as they are known to First Nations, were traditionally extremely important to the First nations survival, providing food and clothing.

Many have described the return of the animals to their area as “spiritual” and a real connection to their history and heritage.