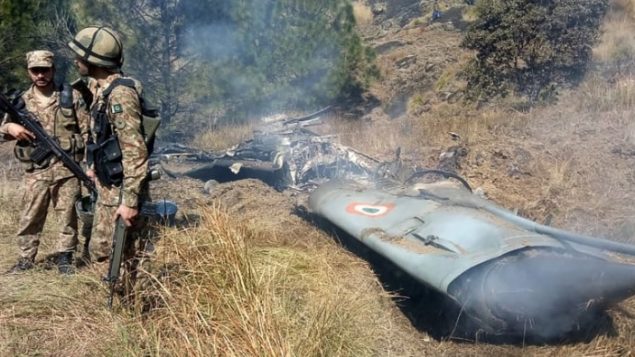 Pakistani soldiers stand next to what Pakistan said was the wreckage of an Indian fighter jet shot down in Pakistan-controlled Kashmir last February. (STR/AFP/Getty Images)

Two men from Mississauga, Ontario have been indicted in the United States for allegedly being part of a network exporting aircraft parts and satellite communications equipment to support Pakistan’s nuclear program.

Father and son Muhammad Ahsan Wali, 48, and Haji Wali Muhammad Sheikh, 82, were among five men indicted in the case.

The Justice Department says the alleged network includes another of Sheikh’s sons in Pakistan, a man in Hong Kong, and another in the United Kingdom.

In a press release announcing the indictment, which was handed down in October and unsealed this week, the Justice Department said the network has been in operation since 2014 and that none of the the indicted men has yet been arrested. 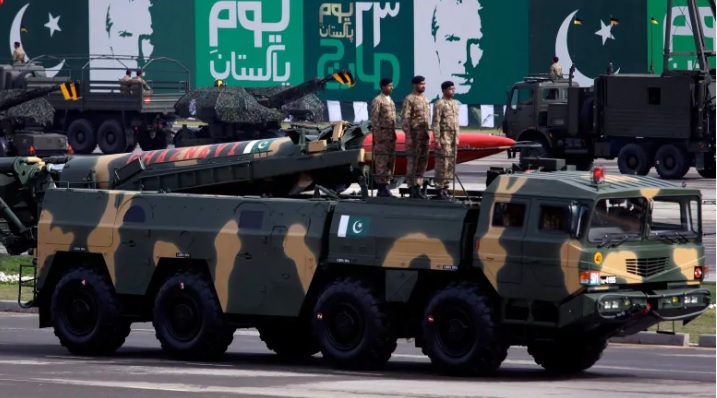 None of the charges has been proven.

The indictment says the accused have been connected to 38 separate exports from the U.S. involving 29 different companies around the world, including three in the state of New Hampshire.

“The defendants smuggled U.S. origin goods to entities that have been designated for years as threats to U.S. national security for their ties with Pakistan’s weapons programs,” says the press release, issued under the name of John C. Demers, the assistant attorney general for national security.

“The indictment puts the world on notice not to do business with these defendants and demonstrates our commitment to holding them accountable.”

With files from CBC, The Post Millennial, U.S. Department of Justice