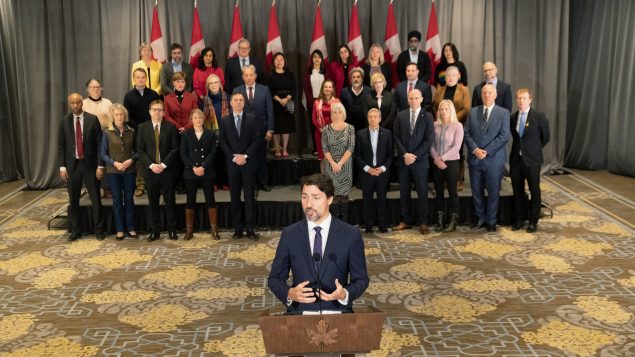 Prime Minister Justin Trudeau stands in front of his cabinet as he speaks to media during the final day of the Liberal cabinet retreat at the Fairmont Hotel in Winnipeg on Tuesday. (Mike Sudoma/Canadian Press)

Speaking in Winnipeg as the three-day Liberal cabinet retreat was wrapping up, Trudeau said the government will introduce a motion next Monday when Parliament resumes sitting and table the legislation next Wednesday.

Because he has a minority government, Trudeau needs the support from another party to pass legislation.

He says he believes he has that support. 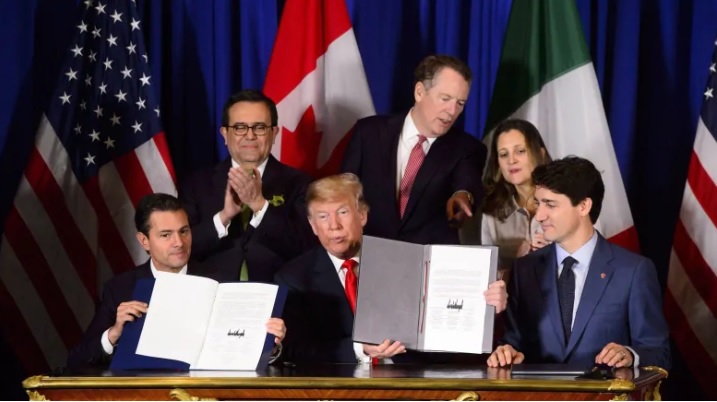 “On NAFTA, those discussions will of course engage and activate as we accelerate, as we move forward with the ratification process in the house,” he said.

“What we are doing is reminding everyone in the House and across the country of how important it is to secure the most important trading relationship for future generations.”

The deal, now known as the USMCA, cannot take effect until it has been ratified by all three member nations.

Last week, the United States Senate overwhelmingly approved the legislation to implement the USMCA on a 89-10 bipartisan vote, sending the measure to U.S. President Donald Trump for him to sign into law.

Mexico ratified the agreement in June.