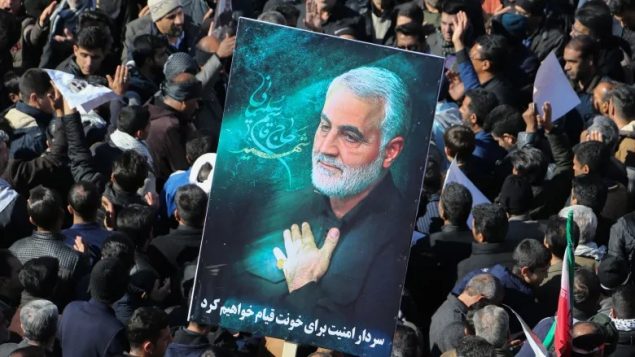 Iranian mourners gather during the final stage of the funeral procession for slain top Gen. Qassem Soleimani in his hometown of Kerman, Iran. . Soleimani was killed outside Baghdad airport on Jan. 3 in a drone strike ordered by U.S. President Donald Trump. (Atta Kenare/AFP/Getty Images)

A new survey  by the Angus Reid Institute shows a little over half of Canadians feel the killing of Gen. Qassim Soleilmani was not a good move by the U.S.  Three in ten said it was a good move and a large portion (18%) said they weren’t sure.

Iran responded with a missile strike on two Iraqi bases used by Nato forces, in a move now seen as a restrained reaction. However, Iranian missiles were also launched accidentally against a Ukrainian passenger jet, Flight PS752, that killed all 176 on board including 57 Canadian citizens, several Iranians studying and living in Canada, and citizens of several other countries.

A poll of American opinion found only 38 per cent disapproved of the drone strike on the general, while 43 per cent approved. 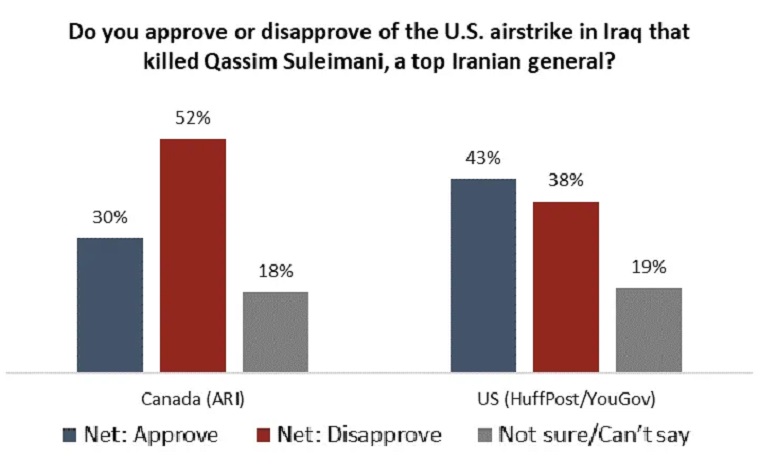 There is a noticeable difference between the two countries when asked if they ‘strongly’ approved of the strike.  Some 30 per cent of Americans said this, while only 18 per cent of Canadians held this firm opinion.  Interesting the numbers of ‘strong” disapproval are similar in Canada and the U.S. 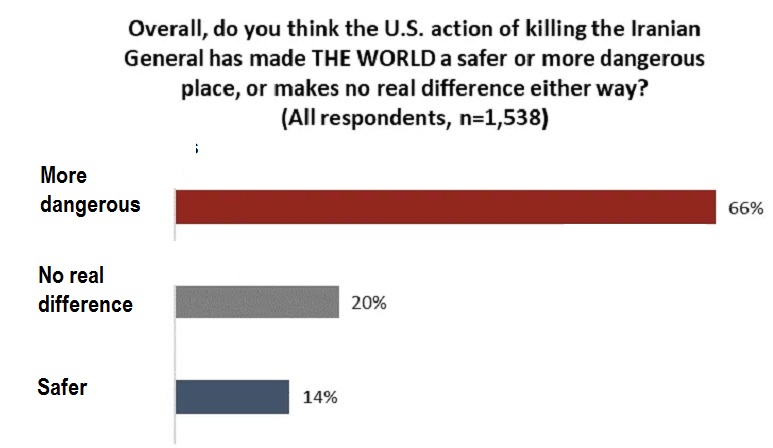 Although tensions have not seemingly increased as the world copes with the tragedy of the jetliner attack, the poll also asked whether the world had become a more dangerous place since the killing of the Iranian military leader.

Some 66 per cent of Canadians said it is now more dangerous while 14 per cent said it was safer and 20 per cent weren’t sure.