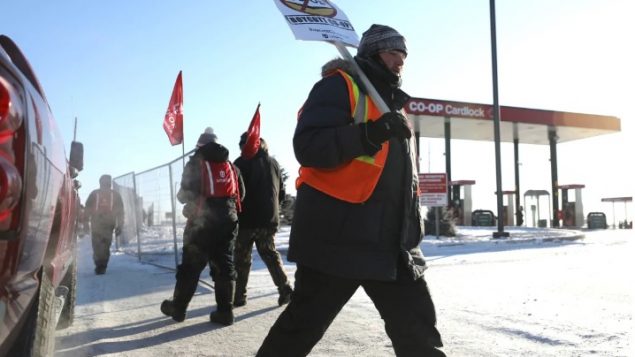 A labour dispute in Saskatchewan is heating up.

A day after Unifor National President Jerry Dias brought the weight of his 315,000 workers and associate members in industries ranging from manufacturing and media to forestry and fishing to the fray, union members today put up fences and placed cars as barriers to block the entrance to the Co-op Refinery Complex in Regina.

The tactics are the latest in an escalating labour dispute between about 700 workers–members of the largest private sector union in Canada–and the refinery, which locked out the workers 47 days ago.

On Monday, Dias and six other members of the union were arrested after union members set up blockades outside the Co-op Refinery in Regina.

The blockades–erected contrary to a court order--were dismantled later Monday.

The dispute is mainly over pensions.

A previous agreement included a defined benefit pension for workers. 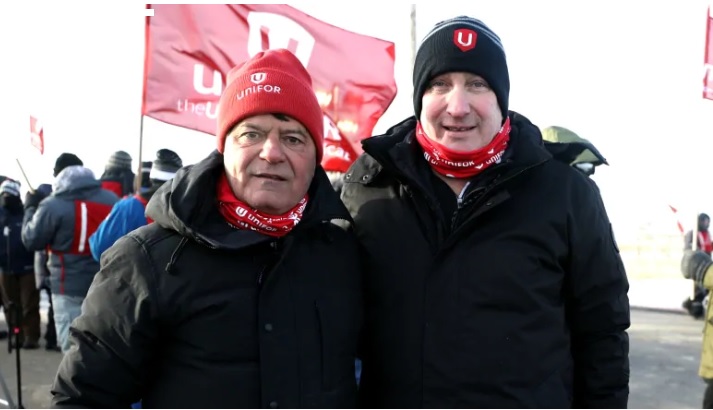 The refinery, which says it is trying to remain competitive, is moving toward a defined contribution plan.

Dias says the union plans to increase a boycott of Co-ops across Western Canada if a deal is not reached.