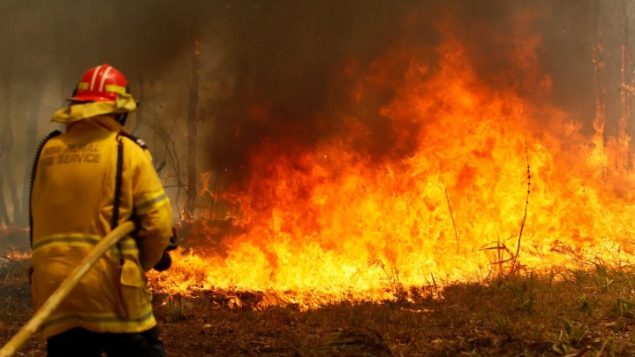 Canada has offered more help to Australia to fight the devastating the wildfires in that country. So far, 97 Canadian Canadian firefighters have been deployed to Australia since early December. (AAP images via AP/Darren Pateman)

The Canadian Forces are sending 15 military personnel on an transport plane to continue helping the Australians fight the fires.

Sending the plane is a part of the Canadian Forces operation Renaissance, the purpose of which is to help out with international disasters.

Canada & Australia are close friends & partners. Under #OpRENAISSANCE, the #CAF is proud to support efforts to combat the unprecedented #AustraliaBushfireCrisis by sending a CC-17 Globemaster & approx. 15 personnel to Australia on Jan. 27, in response to their request. (1/4) pic.twitter.com/OQLSfNLbbg

The mission of the plane and its crew is to transport fire retardant from the United States, take images of the fire for measurement, predict their future path, and free up the Australians airlift to focus on other firefighting tasks. It’s supposed to remain in the area for five days.

This wave of help is a part of the large effort Canada has made to help fight the fires in Australia since early December 2019. They have already sent 97 firefighters to Australia.