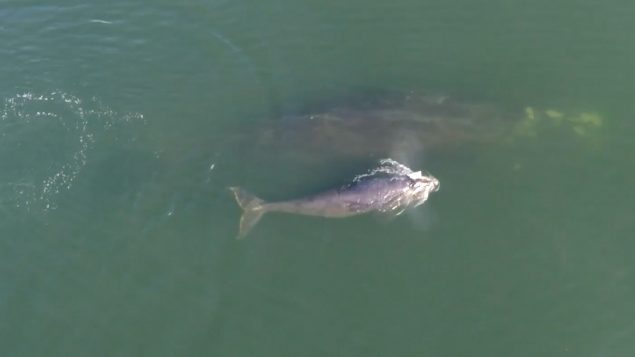 The right whale named "Derecha" and her injured calf (NOAA)

Marine biologists were somewhat encouraged by a half-dozen births this year to the critically endangered North Atlantic right whale population.  This however is still well-below the hoped for number of about 30 births.

Adding to their concern was that on Jan. 8, one of the calves was spotted with severe injuries to its mouth consistent with being struck by a propeller from a boat.

The small success came last week when specialists using a new technique to administer antibiotics to the calf.

It involves shooting a dart full of a large dose of antibiotics from an air gun. 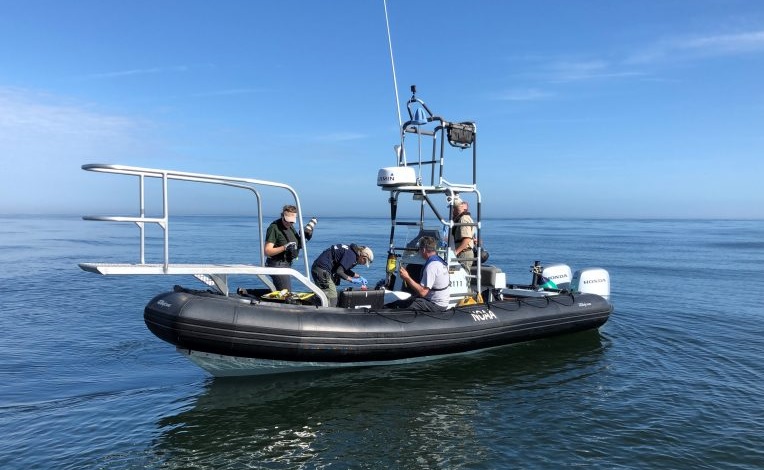 Based on similar concept used for elephants, but much larger due to whale size, it was developed by the National Oceangraphic Institution and the Centre for Coastal Studies originally to deliver sedatives to calm entangled whales which couldn’t be freed otherwise.

While the administration of the antibiotic was successful, it seems the wounds are more serious than thought and the prognosis for the calf’s survival remains poor. The whale has not been seen since last week

There are only about 400 North Atlantic right whales, and about 90 females of breeding age. In recent years, deaths have outpaced births, with several deaths attributed to ship strikes and fishing gear entanglements.