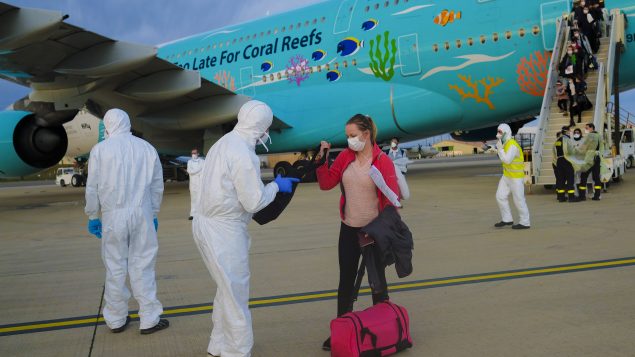 FILE - In this Feb. 2, 2020 file photo, a worker wearing a protective suit checks the luggage of an evacuee from Wuhan, China, after their evacuation flight landed at an airport in Marseilles, France. (Arek Rataj/AP Photo/File)

Ottawa urges Canadians to leave China while they can

The federal government is urging Canadians who have no “essential” need to be in China to leave the country as soon as possible using commercial means, Foreign Affairs Minister François-Philippe Champagne said Wednesday.

Champagne’s comments came as Ottawa struggles to airlift more than 300 Canadians stranded in the city of Wuhan ever since Beijing put the metropolis and the entire central province of Hubei on lockdown to avoid the spread of a deadly coronavirus infection.

The new coronavirus, dubbed 2019-nCoV, has already killed at least 492 people and sickened more than 24,562 people in 25 countries – with 99 per cent of cases concentrated in China, according to the latest statistics by the World Health Organization.

Global Affairs Canada has already heightened its travel advisories for China since the outbreak, warning against all travel to the Hubei province of China and against all non-essential travel to other parts of China.  But Canada’s top diplomat went a step further.

“Once again, we are advising Canadians, whose presence in China is not essential, to depart via commercial means while they remain available,” Champagne said. 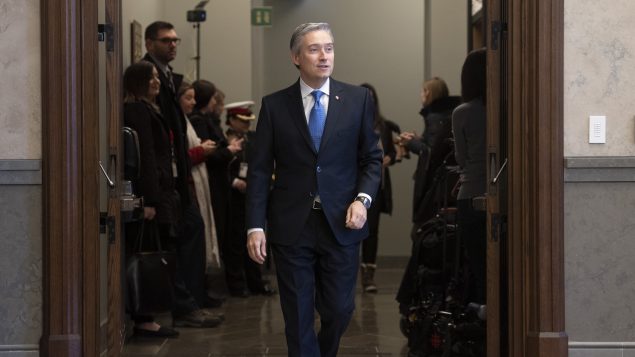 Champagne did not elaborate on what the government considers as “not essential” and whether the advisory applies to Canadians who work and live in China.

Meanwhile, Canadians stuck in the epicentre of the coronavirus outbreak in Wuhan will have to wait at least another day for an airlift to return them to Canada due to a delay caused by weather conditions.

The government has prepared a manifest list with 211 names on it for the first flight out of Wuhan and is working on a second list to airlift the remaining Canadians out of the coronavirus-stricken region, Champagne said. 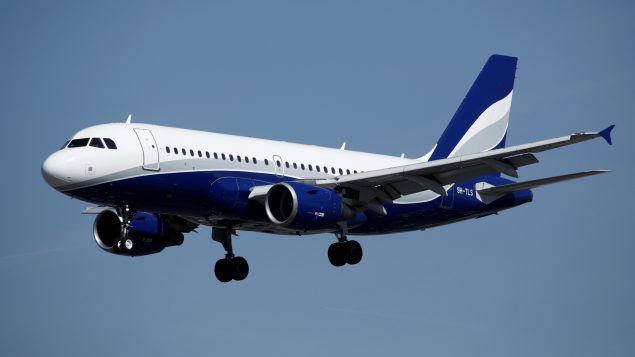 The first chartered aircraft, which seats 250 people, left yesterday for Hanoi, Vietnam, where it was to remain on standby until it can make its way to Wuhan.

Strong crosswinds in Hanoi caused the chartered aircraft to miss a four-hour window for the evacuation, which on the insistence of Chines authorities can happen at night, Champagne said.

Chinese authorities allow evacuation flights out of Wuhan only at night because during the day, the air space is reserved to bring in supplies to the city of nearly 11 million inhabitants, who have been under quarantine since Jan. 23.

“In light of this, we are now asking Canadians, who have a confirmed seat on the plane, to arrive at the airport in Wuhan no later than 5 p.m. local time on February 6,” Champagne said. 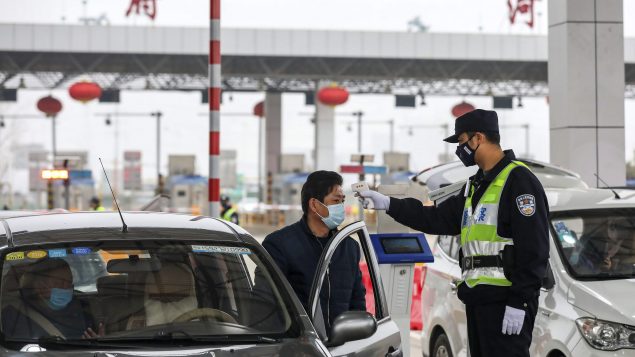 A policeman uses a digital thermometer to take a driver’s temperature at a checkpoint at a highway toll gate in Wuhan in central China’s Hubei Province, Thursday, Jan. 23, 2020. (Chinatopix via AP)

Champagne urged all Canadians who encounter problems while travelling through the locked down region to contact the emergency line set up by Global Affairs Canada.

All 211 individuals, whose names are on the manifest of the first flight, have been contacted by Global Affairs Canada officials to notify them of the change, Champagne said.

“I know that many of you, who are watching and also wondering about further evacuations for Canadians who remain in the region and are seeking to leave, as I said yesterday, we are considering a range of options, including a second plane,” Champagne said.

Canadian officials are also in touch with allies who are also preparing to airlift their citizens from China to see if they have extra seats available and could take in more Canadians, he said.

Champagne said the numbers have been fluctuating, but there are now about 373 Canadians requesting repatriation. Based on past evacuations, about 20 per cent of those individuals could be “no shows” who choose not to leave for various reasons, he said.

Once, these Canadians and their family members arrive in Canada, they will be placed under quarantine for 14 days at the Canadian Forces Base (CFB) Trenton, officials said.