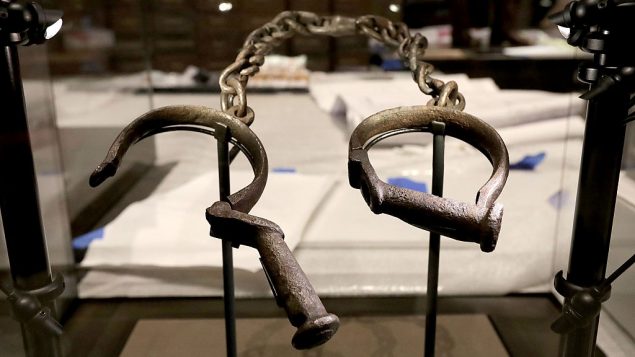 A pair of slave shackles are on display in the Slavery and Freedom Gallery in the Smithsonian's National Museum of African American History and Culture during the press preview on the National Mall Sept. 14, 2016 in Washington, DC. (Chip Somodevilla/Getty Images)

A number of slavery laws, in addition to Indigenous slavery customs, existed in Canada both under the French rule and British rule until slavery was officially abolished in 1833.