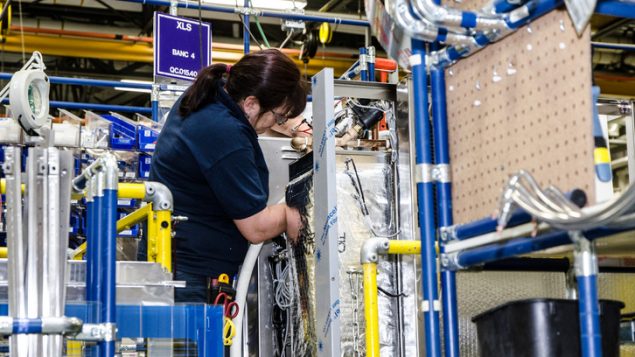 Employment in the goods-producing sector increased by 49,000 in January, with gains in manufacturing, construction and agriculture, according to Statistics Canada. (iStock)

Canada’s economy added 35,000 jobs in January, nearly all of them full-time positions, pushing the unemployment rate down to 5.5 per cent, Statistics Canada reported Friday.

Nine out of the 10 provinces reported job gains last month. Most of the employment gains were recorded in Quebec, Manitoba, and New Brunswick. Fewer people were employed in Alberta, whose beleaguered economy lost 18,800 jobs, pushing the unemployment rate up to 7.3 per cent.

British Columbia continues to have the lowest unemployment rate in the country at just 4.5 per cent.

Employment in the goods-producing sector increased by 49,000 jobs in January, with construction and manufacturing coming out as the big winners. The services sector, however, shed almost 15,000 jobs.

Douglas Porter, chief economist and managing director at BMO Economics, said January’s results may have been affected by the wildly differing weather patterns across the country, with harsh weather in the West and Atlantic, and a mild winter in Central Canada.

“But the bigger story is that underlying job growth appears to remain on track, after the brief scare late last year, and conditions remain tight,” Porter said in an analysis note. “While the Bank of Canada is clearly on high alert over the potential economic implications of the new coronavirus, recent indicators suggest the economy had decent underlying momentum at the start of the year after a soft fourth quarter.”