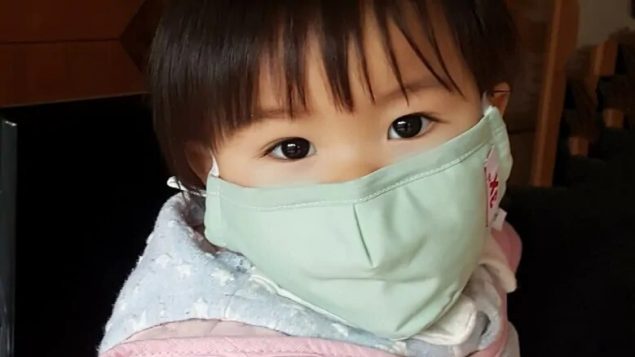 Fifteen-month-old Chloe Fabic was among nearly 400 Canadians stranded in Wuhan, China with her grandparents because of the coronavirus outbreak. She arrived in Canada on Friday. (Supplied)

More than 200 Canadians who were repatriated from Wuhan, the Chinese metropolis at the epicentre of a deadly coronavirus outbreak, on two separate flights began their 14 day quarantine at a Canadian military base in Ontario Friday.

The first group of 176 Canadians and family members arrived at the Canadian Forces Base Trenton, about 170 kilometres northeast of Toronto, on a flight chartered by the Canadian government in the early hours of Friday.

The plane arrived in Trenton after a short refuelling stop in Vancouver.

A smaller group of 39 Canadians arrived in Canada on a U.S. government plane that was repatriating U.S. citizens from Wuhan and stopped in Vancouver for refuelling and to let the Canadians out. These Canadians were then expected to be taken by another chartered plane to Trenton on Friday.

Another chartered flight to bring back any remaining Canadians in Wuhan is scheduled to depart on Feb. 10, according Foreign Affairs Minister Francois-Philippe Champagne .

Upon arrival in Trenton, all passengers will undergo a medical assessment before they’re transported to accommodations on the base where they will be monitored for two weeks to ensure they haven’t contracted the virus, Health Minister Patty Hajdu said. 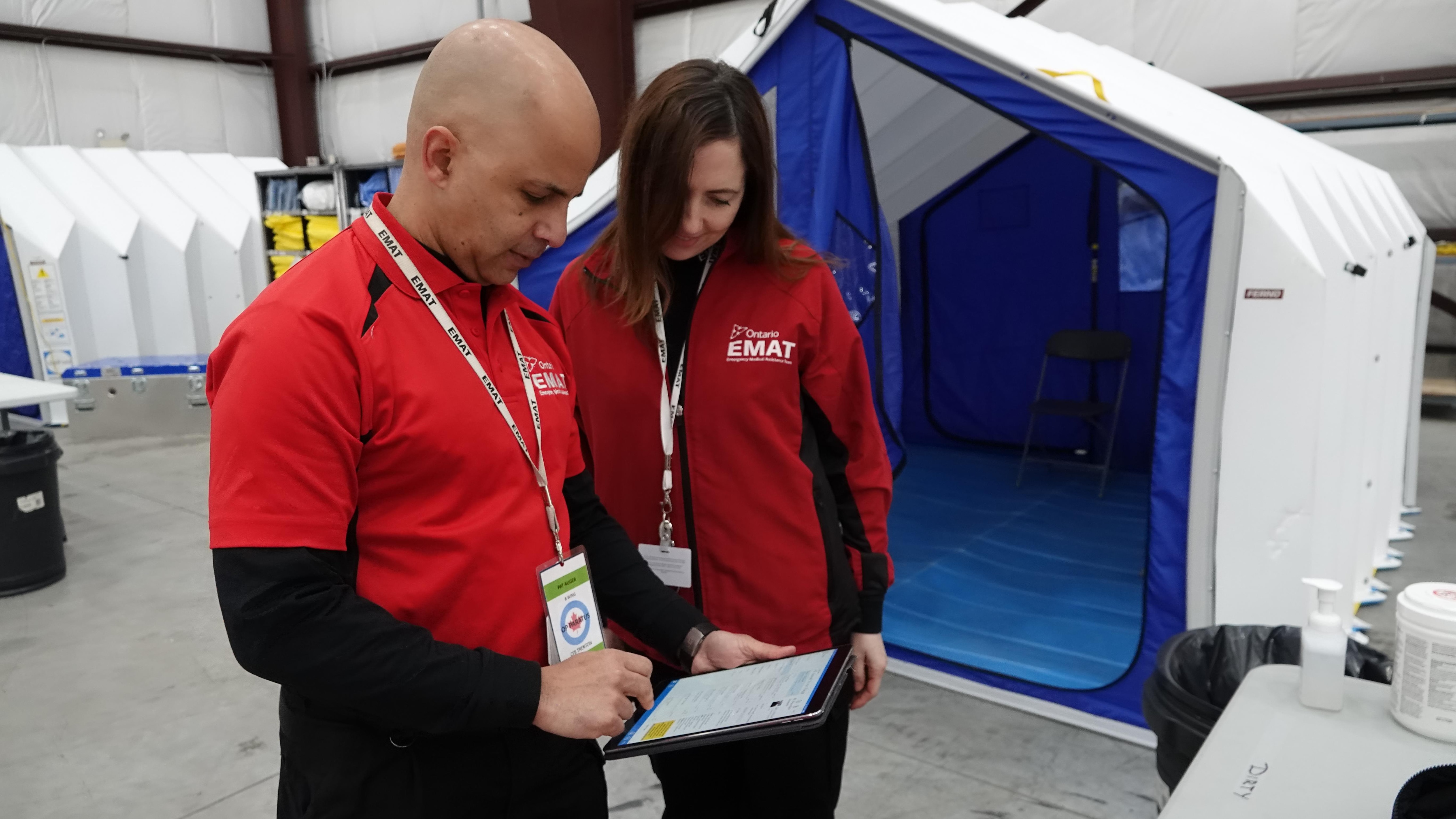 Anyone arriving at the army base who is ill or exhibiting symptoms will be taken to the Ontario Emergency Medical Assistance Team (EMAT) unit section set up in the hangar. (Mark Gollom/CBC)

Anyone who exhibits symptoms will be transported to a local hospital for further treatment.

During the isolation period, the evacuees will be individually isolated at Yukon Lodge, a 290-room hotel which is used to house visiting military personnel and their families.

Families will be kept together during the 14-day quarantine at the base. 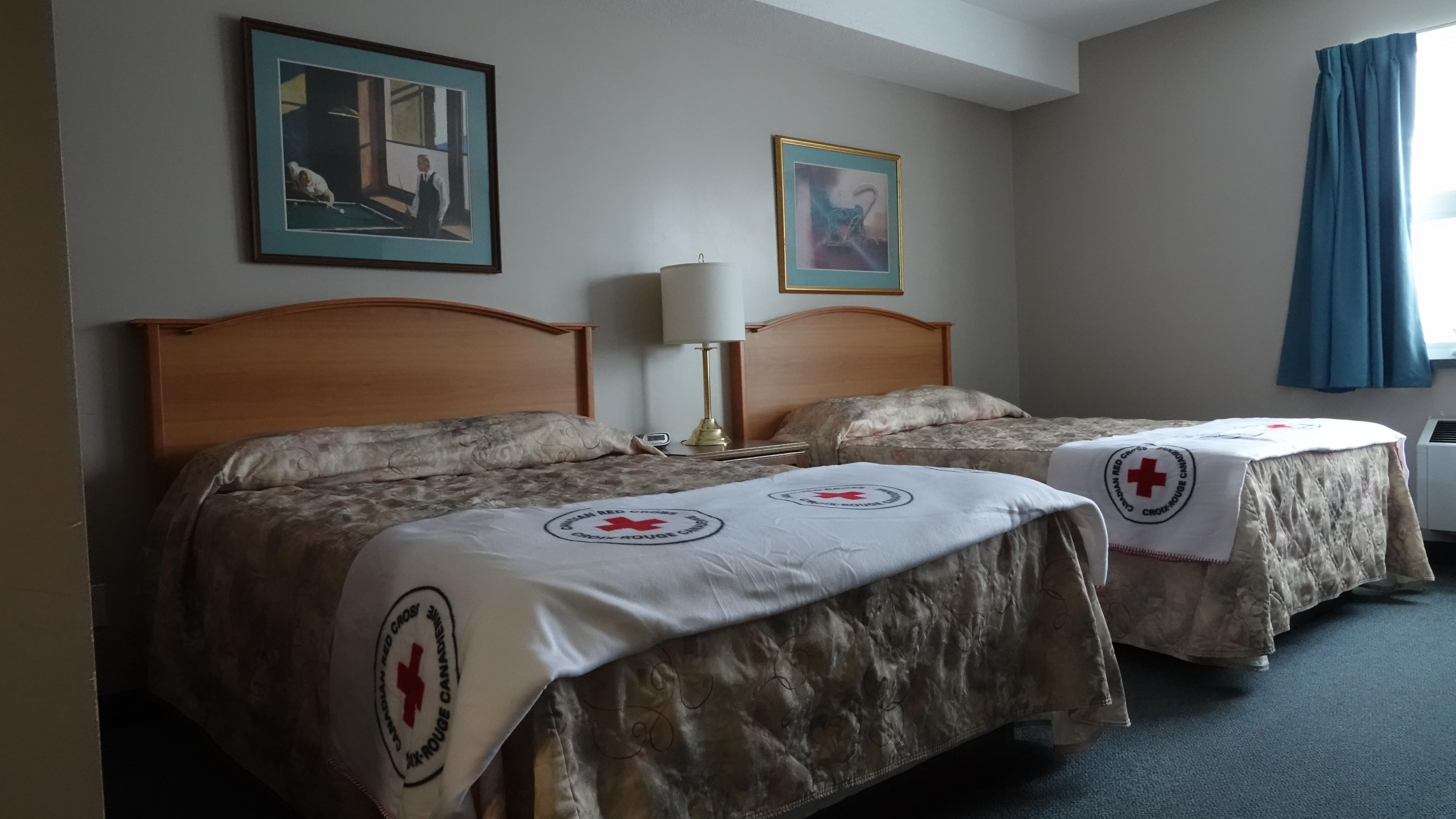 Inside one of the rooms where the 176 Canadians will be quarantied for two weeks. (Mark Gollom/CBC)

Myriam Larouche, a 25-year-old from L’Ascension, Que., told The Canadian Press that the stretch from Wuhan to Vancouver had been “pretty long” but that most everyone on the plane slept through much of the flight.

“I think I’m going to sleep for 20 hours straight,” Larouche said, noting that the last few days have been stressful.

Public health officials say the overall risk to people in Canada from the novel coronavirus is low. On Thursday, officials in British Columbia announced that two more presumptive cases of the coronavirus in the province.

The people affected, a man and a woman in their 30s, are in the same household and have been in close contact with the previously reported confirmed case announced on Feb. 5, B.C. Health Minister Adrian Dix and B.C. Health Officer Dr. Bonnie Henry said in a joint statement. “The three cases and all close contacts remain in isolation at home,” the joint statement said. “The two individuals are presumed positive based on local testing, and samples have been sent to the National Microbiology Laboratory in Winnipeg for final confirmation.”

If confirmed by the National Microbiology Laboratory, the latest cases will bring the total of coronavirus infections in Canada to six.

The three other cases were reported in Ontario, with the first patient already discharged from hospital and given a clean bill of health.

Ontario health officials said because the symptoms of the coronavirus closely resemble those of a common flu, they are investigating a further 39 cases “out of an abundance of caution.”

According to WHO officials in Geneva, China now has 31,211 cases of the coronavirus and 637 deaths. Outside China, there have been 270 cases in 24 countries reported, and one death.