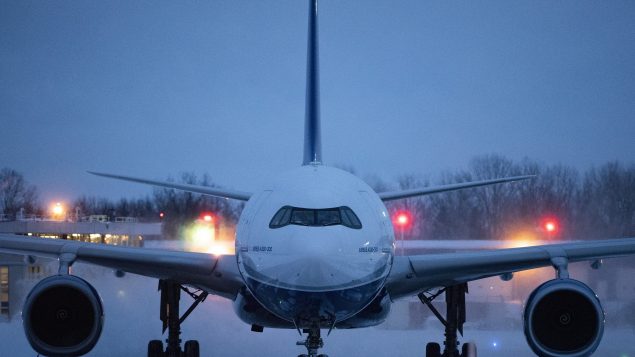 2nd chartered plane leaves Wuhan with 185 Canadians on board

The second passenger plane chartered by the federal government to repatriate the remaining Canadians from Wuhan, the epicentre of the deadly coronavirus outbreak in China, is on its way to Canada, Foreign Affairs Minister Francois-Philippe Champagne confirmed Monday.

“The plane has departed with 185 passengers on board,” Champagne tweeted. “It will stop to refuel in Vancouver and then continue onward to Canadian Forces Base Trenton.”

Earlier, officials with Global Affairs Canada had said more than 230 Canadians have requested the federal government’s help in leaving Wuhan, but that they didn’t know how many will actually board the plane.

All foreigners leaving Wuhan, which has been under a strict quarantine since Jan. 23 to limit the spread of the potentially deadly flu-like virus, have to undergo medical examination before being allowed to board the plane. Anyone displaying flu-like symptoms is barred from boarding evacuation flights.

World Health Organization officials said Monday that the novel coronavirus has already killed at least 909 people and infected more than 40,235 in China. There are 319 confirmed cases of coronavirus infection in 24 countries around the world and one fatality outside China. 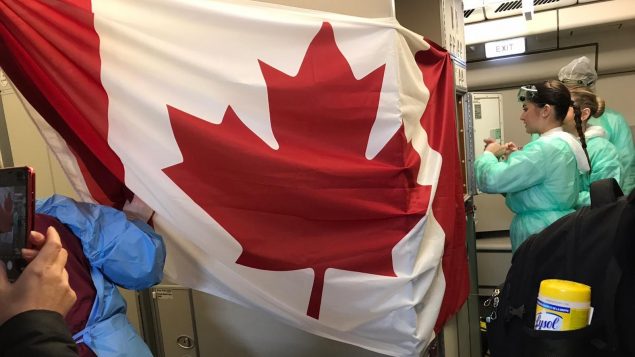 A Canadian flag is hung up as people board a plane destined for Canada at the Wuhan Tianhe International Airport early in the morning on Friday, Feb. 7, 2020 in this handout photo provided by Myriam Larouche. (Myriam Larouche/THE CANADIAN PRESS/HO)

“Due to the conditions and restrictions associated with this flight, we cannot predict the final number of passengers who will be on this flight,” said Global Affairs Canada spokeswoman Krystyna Dodds.

“We have received assurances from Chinese authorities that a permanent resident of Canada with a valid permanent resident card may accompany an immediate family member who is a minor and a Canadian citizen. We will attempt to keep families together, even when a Canadian minor is not departing on the flight. However, all departures are subject to approval by the Chinese government.”

Of the 211 people who were on the list to board the first plane, which arrived in Canada on Feb. 7, only 174 people were able to board due to various reasons. Another 39 Canadian citizens, hitched a ride on a U.S. government plane, which stopped in Vancouver for refuelling and to let the Canadians out.

The federal government houses all evacuees at the Canadian Forces Base in Trenton, Ontario, where they will undergo 14-day quarantine.

It’s not clear what would happen with the remaining Canadians in Wuhan. Champagne had indicated earlier that the second flight was going to be the final flight organized by the federal government. 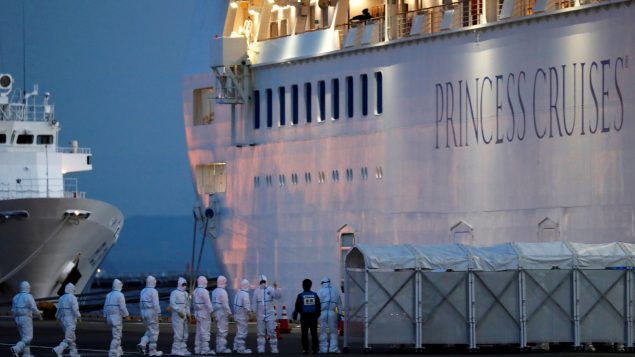 Officers in protective gear enter the cruise ship Diamond Princess to transfer a patient to the hospital after the ship arrived at Daikoku Pier Cruise Terminal in Yokohama, south of Tokyo, Japan Feb. 7, 2020. (Kim Kyung-Hoon/REUTERS)

In the meantime, Princess Cruises announced Monday that a Canadian is among an additional 66 confirmed cases of the novel coronavirus aboard the Diamond Princess cruise ship quarantined in the Japanese port city of Yokohama, about 35 kilometres south of Tokyo. The captain of the ship, however, later revised that number down to 65. That is in addition to 70 reported earlier.

“We are following guidance from the Japan Ministry of Health on plans for disembarkation protocols to provide medical care for these new cases,” the statement said.

This latest case raises to eight the number of Canadians aboard the Diamond Princess who have contracted the virus. The patient will join the seven other Canadians who were earlier taken to Japanese hospitals for treatment and monitoring.