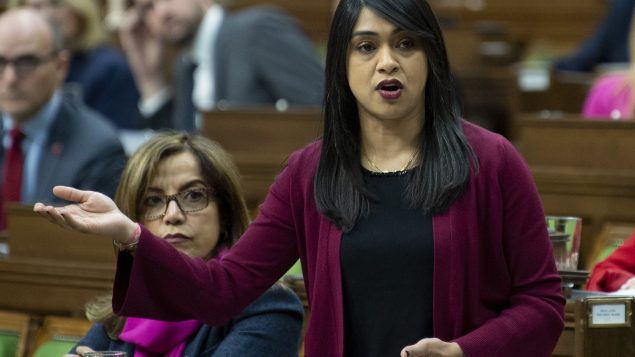 File Photo Bardish Chagger, Canada’s minister of diversity, inclusion and youth, responds to a question during Question Period in the House of Commons Friday May 3, 2019 in Ottawa. (The Canadian Press/Adrian Wyld)

In an effort to promote diversity and combat racism, the Canadian government is investing $100,000 into the Multicultural Council of Saskatchewan’s 2020 anti-racism campaign.

“Diversity and inclusion are at the heart of Canadian identity. It is our shared responsibility to fight discrimination and racism in all their forms,” Bardish Chagger, Canada’s minister of diversity, inclusion and youth, said in a press release. “The Multicultural Council of Saskatchewan has worked to promote diversity in all aspects of society, and to raise awareness of the dangers of racism.”

“I’m pleased to announce the government of Canada is supporting this vital work,” she added.

We are honored to receive funding from the Government of Canada for our campaign Racism: Recognize it. Reject it. The Honourable Bardish Chagger, Minister of Diversity, Inclusion and Youth and Member of Parliament (Waterloo), today announced support for MCoS. pic.twitter.com/iosLF51EdR

The Multicultural Council of Saskatchewan’s campaign against racism will be about promoting intercultural links by having youth leadership workshops, community meetups and an educational tour in schools. It will eventually all lead up to the international day for the elimination of racial discrimination on March 21.

The funding is a part of Canada’s community support, multiculturalism, and anti-racism initiatives program to promote an inclusive and and diverse society.

The Multicultural Council of Saskatchewan has been raising awareness on racism, and promoting cultural diversity since 1975. According to their website, they lead multicultural initiatives at the provincial and local level within Saskatchewan, as well as advocate for multiculturalism within society.