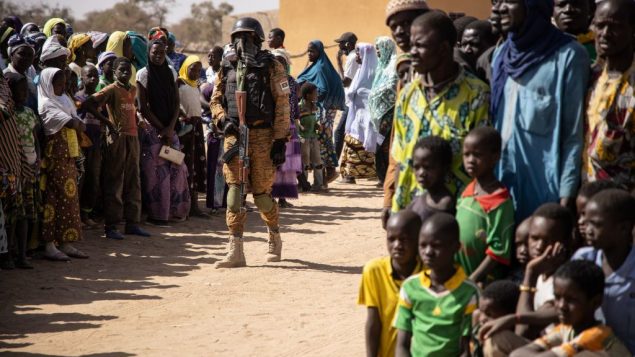 Burkina Faso is facing one of the world’s fastest growing displacement crises threatening to engulf the entire West African country and spill over into neighbouring Ghana, Benin, Togo, and Cote d’Ivoire, warns a report by the U.S.-based NGO Refugees International.

Burkina Faso has emerged as the latest epicentre of a conflict that has already consumed much of neighbouring Mali and Niger in Africa’s troubled Sahel region, said Alexandra Lamarche, a Canadian humanitarian worker who authored the report for Refugees International.

And the speed at which the situation in Burkina Faso has deteriorated has caught the country’s government, the international community and aid groups off guard, Lamarche told Radio Canada International in a phone interview from Washington, D.C.

The numbers are expected to climb even higher, she added.

“NGOs are estimating that there might be closer to 900,000 by April but I would be shocked if numbers weren’t actually higher than that,” Lamarche said. 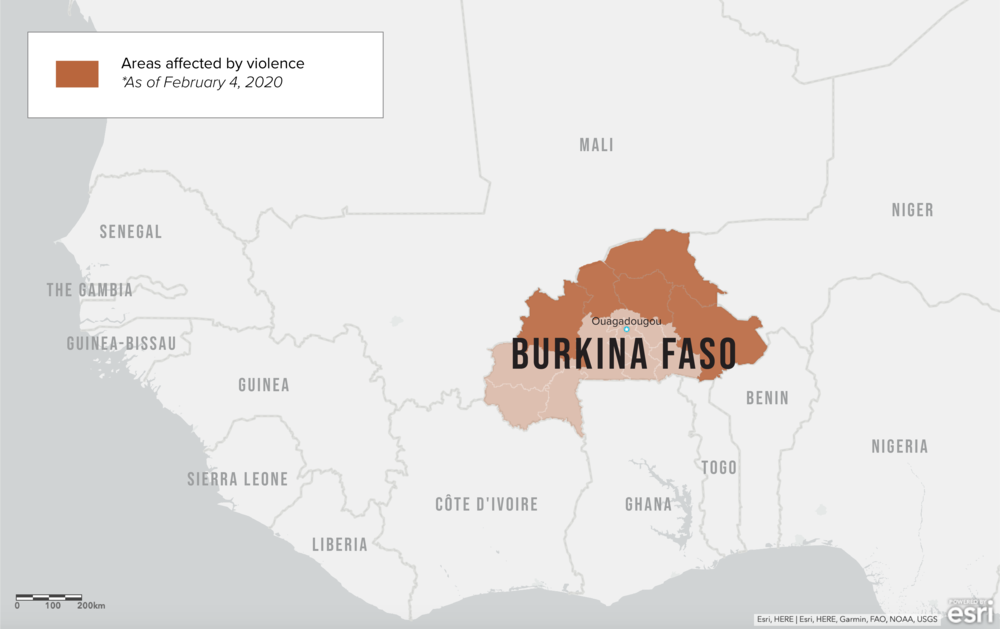 The level of violence and the rapid increase in the number of internally displaced people are “astounding,” especially since Burkina Faso was once known for its relative stability and harmony across ethnic, religious, and linguistic lines, she said.

Intercommunal tensions are on the rise, and the country is grappling with its first major humanitarian crisis in recent history, Lamarche said.

And increasingly the country’s civilian population is caught in the crossfire as “a motley assortment” of armed groups – jihadist insurgents, criminal elements and local self-defence militias set up to protect rural communities – have plunged the country into violence, Lamarche said.

Grappling to provide services and security 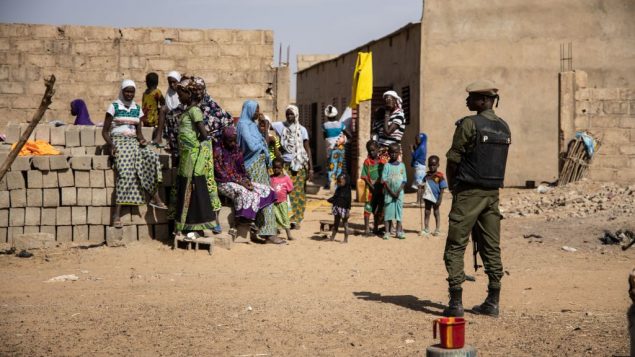 For its part, the government of Burkina Faso is struggling to meet the needs of its population and to provide basic security in large parts of the country, she said.

Meanwhile, aid groups are scrambling to mount an effective response to the crisis, Lamarche said.

Aid groups are hampered by a lack of funding and government policies that prevent them from providing humanitarian assistance to some of the most vulnerable populations who live in huge swaths of Burkina Faso controlled by various insurgent groups, Lamarche said.

The Office for the Coordination of Humanitarian Affairs (OCHA) currently estimates that $295 million US ($392 million Cdn) will be required in 2020 to provide humanitarian assistance to those in need, the report said.

International donors, including Canada, will need to quickly ramp up funding to “nip this in the bud” and stop the instability in Burkina Faso from spreading to neighbouring countries, Lamarche said.

“We’re seeing increasing violence by the Togo border, it’s only a matter of time before it goes into Togo,” Lamarche said. “And a lot of these countries, like Burkina Faso, have never witnessed this type of violence, they are ill-equipped to be responding to these types of needs.”