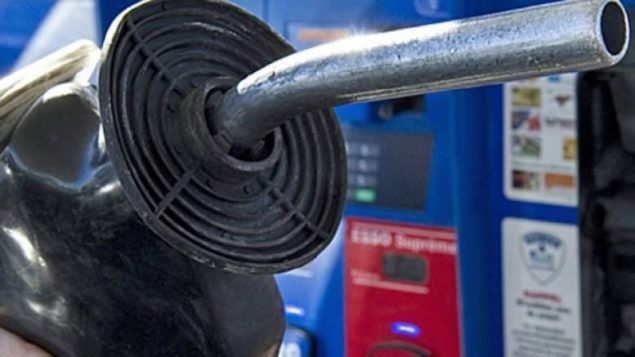 The cost of living in Canada went up by 2.4 per cent in January from a year earlier, driven mainly by higher prices for gasoline and fresh vegetables.

However, the numbers released by Statistics Canada presented only a slight uptick from December’s inflation, which stood at 2.2 per cent.

Gas prices in January increased 11.2 per cent compared with a year ago as prices rose at the start the month due to concerns about events in the Middle East only to move lower later in the month in response to the novel coronavirus outbreak.

Statistics Canada said Wednesday that excluding gasoline the year-over-year inflation rate would have been two per cent in January. 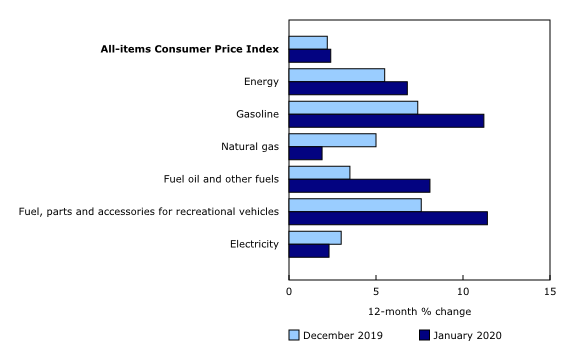 Costs grew for fresh vegetables by five per cent, largely attributable the agency says to a 10.8 per cent bump in the price of tomatoes stemming from inclement weather in growing regions of the United States and Mexico.

The overall increase in prices of 2.4 per cent compared with a year ago was also driven by increased mortgage interest costs, purchases of passenger vehicles, auto insurance premiums, and a bump in rents.

Douglas Porter, chief economist at BMO Financial Group, said one notable source of strength for underlying inflation in the past year has been clothing—which normally is a drag on inflation trends.

The broad clothing and footwear category was up 0.8 per cent compared to December and 3.9 per cent on yearly basis, the fastest since 1991, Porter said. Prices for clothing grew by 4.7 per cent over the year, he said.

“Just to give sense of how unusually strong that is, this category has averaged an annual price decline of 0.8 per cent over the past 20 years,” Porter said.

The average of Canada’s three measures for core inflation, which are considered better gauges of underlying price pressures and closely tracked by the Bank of Canada, was 2.033 per cent compared with 2.067 per cent for December.

Royce Mendes, executive Director and senior economist at CIBC Capital Markets, said he expects inflation to cool off in the months ahead, moving back down to the two per cent level.

“As a result, the Bank of Canada will be more concerned with the outlook for other indicators, particularly employment and consumer spending,” Mendes wrote in a research note to clients.

“A divergence between solid hiring and underwhelming activity data appears to be showing up again, and central bankers will need to determine which has more staying power.”