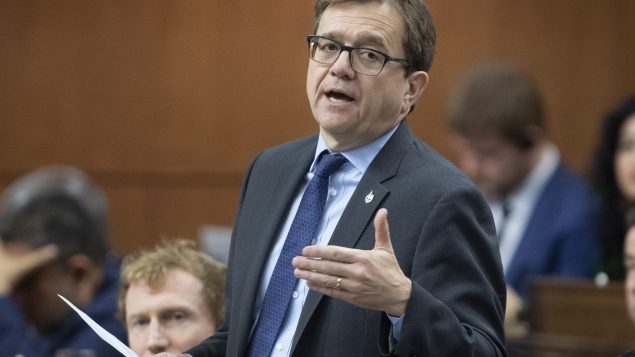 Environment and Climate Change Minister Jonathan Wilkinson responds to a question during Question Period in the House of Commons Monday, February 3, 2020 in Ottawa. (The Canadian Press/Adrian Wyld)

The Canadian government announced that they will be providing the Assembly of First Nations Yukon Region $250,000 through the Climate Action Fund according to a press release from Environment and Climate Change Canada.

With the funding, the Assembly of First Nations Yukon Region plans to raise awareness of climate change through sharing knowledge and youth leadership, as well as looking at new ways to make energy changes within their communities.

“First Nations in Yukon experience the effects of climate change at a much faster rate than the rest of the country,” said Kluane Adamek, the Regional Chief of the Assembly of First Nations Yukon. “Today’s gathering provides a foundation for communities to work together toward the goal of creating a unified vision and action plan that are both rooted in traditional knowledge yet open to modern best practices in an ever-changing climate.”

“Indigenous communities, especially in the north, are at the forefront of climate change,” said Canada’s Minister of Environment and Climate Change, Jonathan Wilkinson. “I’m inspired to see the Assembly of First Nations raising awareness of climate change and empowering communities and youth to take climate action.”

The goal of the gathering was to empower and unite Yukon First Nations citizens around the challenge of climate change.

Since 2018, Canada’s Climate Action Fund has given out $3 million a year to support new and and innovative programs to increase awareness of climate change and for programs supporting climate action.