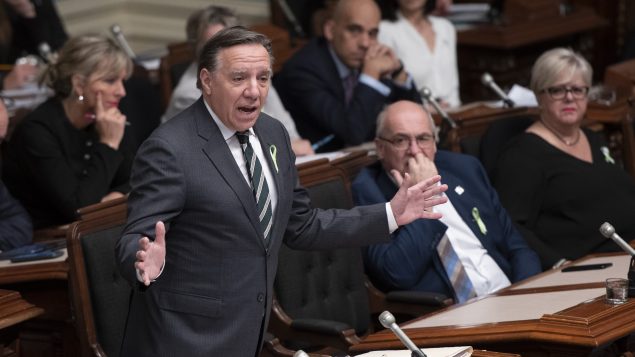 Quebec Premier Francois Legault responds to the Opposition, during question period Tuesday, February 18, 2020 at the legislature in Quebec City. (The Canadian Press/Jacques Boissinot)

The Quebec government announced this morning a plan to build and renovate hundreds of schools around the province, according to a press release from Premier’s cabinet.

“It’s been over a year since I promised to Quebcers that I would attack this problem and offer them schools that they could be proud of. What we need is a new generation of schools for our students,” Francois Legault, the premier of Quebec said.

Last year the Quebec government announced that it would be spending $4 billion on the construction and renovation of schools.

According to a press release, the Quebec government wants the schools to emphasize natural lighting, promote social behaviour, and they want schools to have modern gymnasiums and school yards for the students.

“We don’t want our schools to be functional, we want them to be inspiring,” Jean-François Roberge, Quebec’s education minister said according to CBC News.

In addition to building new schools, the Quebec government will also be expanding and renovating current elementary and secondary schools. They said that the expansion will add 1,000 classes for pre-school and primary school, as well as 21,500 classes in secondary schools.

It is currently unclear when construction on new schools, and when the expansion of current schools will begin, and end.