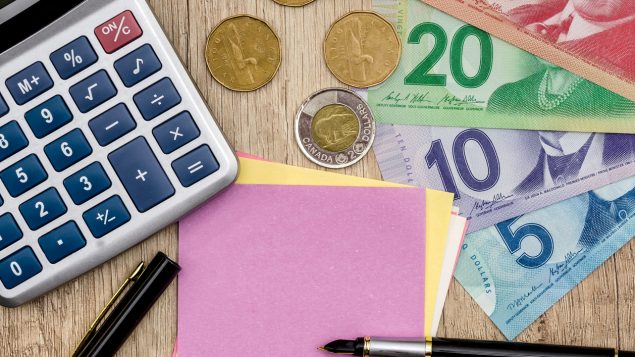 Survey results released this morning from FP Canada have revealed that almost one in four Canadians said that talking about money made them uncomfortable.   (iStock/alfexe)

Survey results released this morning from FP Canada have revealed that almost one in four Canadians said that talking about money made them uncomfortable.

FP Canada’s Discomfort Index, a Leger poll, surveyed 1,526 Canadians and asked them to rank their level of discomfort on a variety of topics and issues.

“Money was right up there with taboo subjects of sex, religion and politics. I think that it’s a very personal topic,” said Kelley Keehn personal finance educator and consumer advocate for FP Canada.

“When it comes to money, Canadians are still feeling embarrassed and ashamed if they have some mis-steps,” she added.

The survey also said that Canadians are comfortable talking about health. Only 12 per cent of Canadians said it was taboo.

FP Canada is a company dedicated to leading the advancement of financial planning in Canada.

They have conducted surveys in the past to gauge Canadians stress and understanding when it comes to money. For this survey, they really wanted to see if people are talking about money, and if they are comfortable talking about money with their partners or professionals.

In terms of talking about money, 9 per cent of Canadians said that they don’t talk to anyone about it,  and 58 per cent said they talk to their partners about it.

Keehn said that talking about money is not the easiest conversation to have, but that it’s important to be able to talk to partners about it.

“It’s wonderful that 60 per cent are talking to their partner. But definitely that 40 per cent is a little bit concercerning” she said. “People can have very different viewpoints on money but you know when you’re in a relationship you have shared goals so it’s super important you get on the same page, [and] knowing what each other earns.”