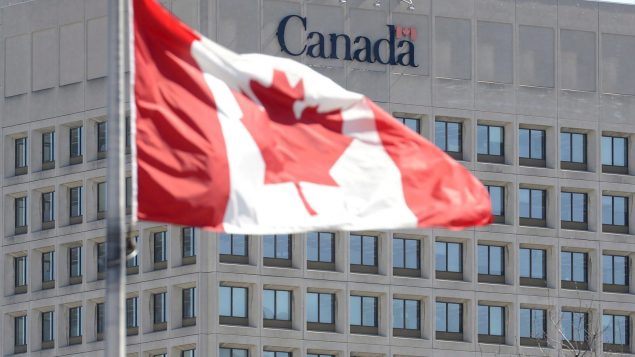 Just what role the Department of National Defence (above) will play in the fight against COVID-19 is still being discussed. (Adrian Wyld/Canadian Press)

There is growing speculation that Canada’s 100,000-member-strong military may soon be involved in the country’s battle against COVID-19.

Prime Minister Justin Trudeau hinted that Ottawa was headed in that direction during his news conference on Thursday.

“We have already been engaged with industry on production and ramping up capacity to build and create more equipment,” Trudeau said.

“We will, of course, look at military procurement as a solution as well.”

Later Thursday, Deputy Prime Minister Chrystia Freeland dropped a stronger hint, saying cabinet is “going to look at what the military can do.”

The CBC’s Murray Brewster, an expert of most things military in Canada, called Freeland’s comment “one of the most direct references to date to the possibility of calling on the nearly 100,000 regular and reserve members of the Armed Forces to help with the pandemic response.”

Just what help the military might provide remains unclear at this point. 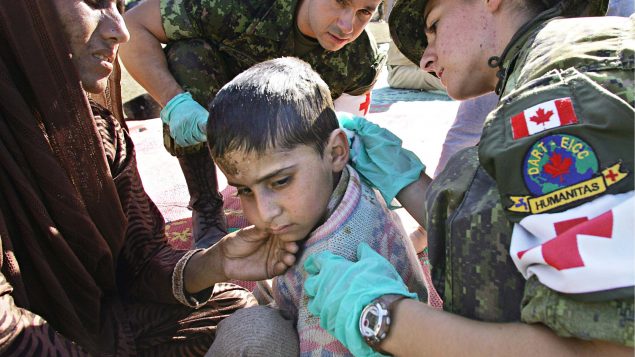 “The Disaster Assistance Response Team is usually how the Canadian Armed Forces provides medical care in an emergency, but it’s limited,” Ken Hansen, a noted security analyst, wrote in an op-ed piece published Thursday in The Globe and Mail.

“With a capacity of just 100 outpatients and 10 in-patients, that team can only serve as a stopgap, and it is usually deployed externally, rather than used in domestic situations.”

In his CBC article, Brewster writes that, similar to the U.S., Canadian law permits the military “to produce (among other things) personal protective equipment, including face masks, to slow the speed of the pandemic.”

Brewster added that Canadian law “gives the Department of National Defence the power to ‘manufacture or otherwise produce, finish, assemble’ such equipment in an emergency.”

Freeland says all options are on the table.